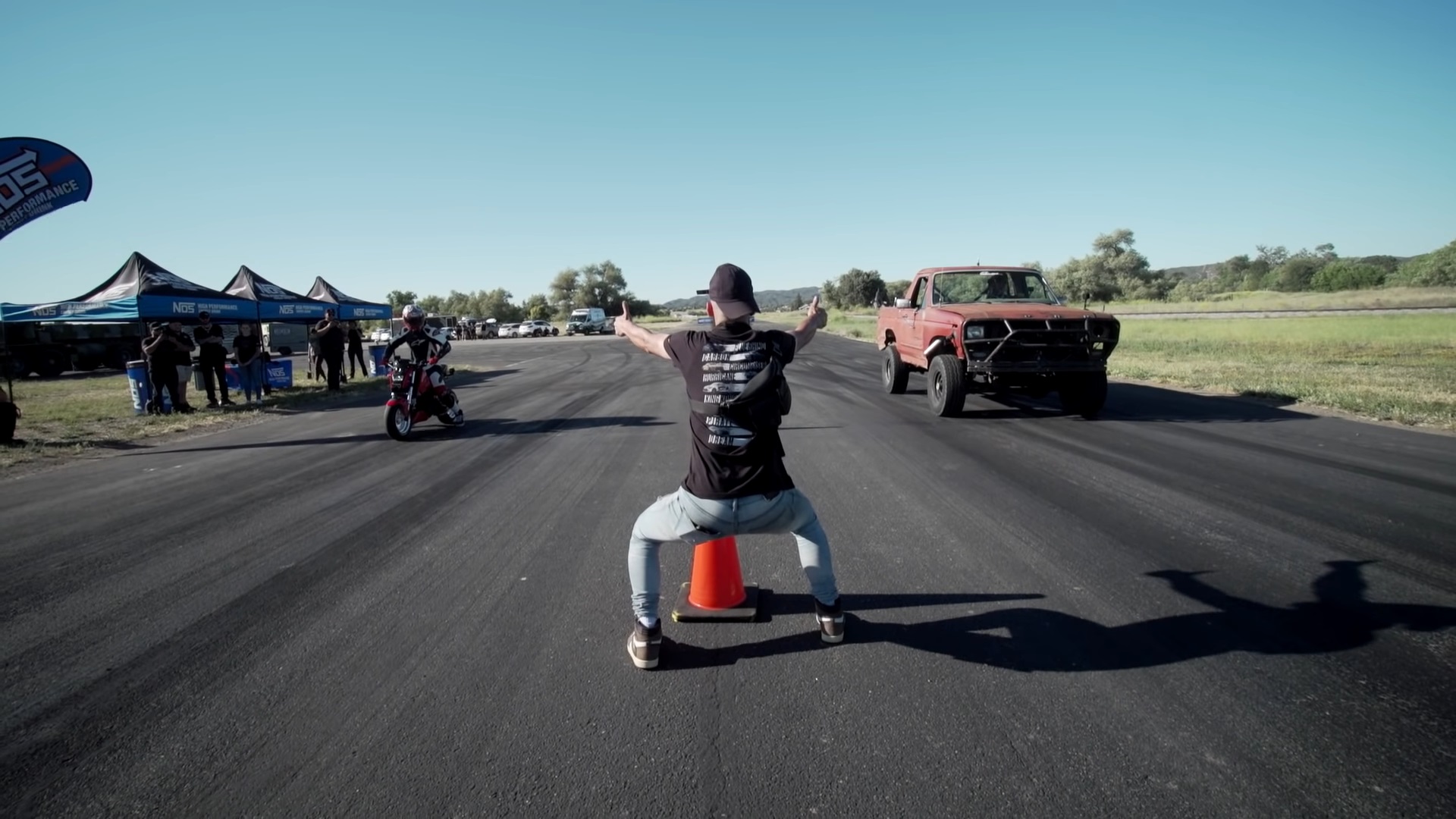 Known as the MSX125 in other parts of the world, the Grom is a small motorcycle with a 125cc engine. Compact, easy to pilot and super fun, this guy really appeals to Chaz Senato, the founder of Riderzblok.
The San Diego-based store can tweak the Grom like there’s no tomorrow, and Senato’s Grom is one of the craziest builds around. The engine, for example, is a CBR300R with an 84-millimeter big-bore kit, oversized valves and dual valve springs, titanium retainers, and performance cams. The mod list additionally includes a side intake manifold, Ohlins rear shock, custom wheels, and smooth rubber. Originally energized at 7 horsepower, the single bike in the following clip is now 40 ponies.

Across the track, a sorry-looking Bronco patiently waits to start its 521 stroker based on the venerable 460 block. A powertrain’s Leviathan, the 8.5-liter engine is further enhanced by cylinder heads. Trick Flow, a roller camshaft, Holley Sniper electronic fuel injection, tilted manifolds, an exhaust pipe that comes out behind the front passenger tire and 150 horsepower of nitrous. Don’t make mistakes; this thing rocks!

A handy fuel cell and a few 340 LPH fuel pumps should also be mentioned, along with front and rear lockers and a lift kit. The question is, can Goliath prove himself against David in a straight line showdown?

Hoonigan’s pals are forced to answer this question with a series of three races. The first lap is a 500-foot race that sees the Grom accelerate better on the line, but alas, the Carmageddon-style Bronco wins. The second run is a repeat of the first as far as the conclusion is concerned, which is why the Grom received the car length advantage at the start of the final race. Obviously, the bike took revenge on this occasion.