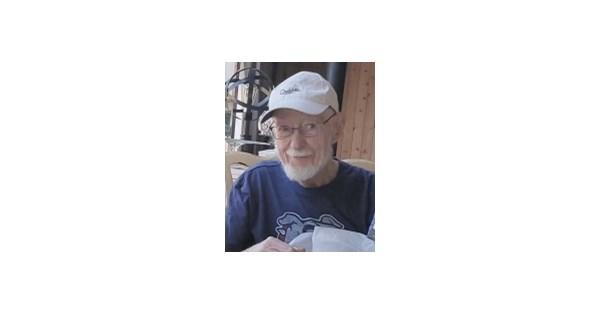 Adrian, the eldest of three children born to Marvin and Mildred Nichols, grew up in northeast Spokane. While attending Whitman Elementary School, he developed a lifelong interest in math and science that shaped his future.

At an early age, Adrian could build and repair radios. His experiments in electronics included wiring all the desks in his sixth grade class to a master switch and shocking his classmates as they sat down to start the day.

As head of the sound booth at John R. Rogers High School’s Drama Club, Adrian was a DJ for dances and lunchtime music. He gained notoriety for playing big band swing favorites over the intercom and the principal once asked him to tone it down as students danced in the hallways.

Adrian appreciated the impact his favorite teachers and a family friend had in encouraging his academic gifts. After graduating from Rogers, he took classes in algebra and analytical geometry at Washington State College before enlisting in the United States Navy where he served as a radar technician aboard the aircraft carrier USS Oriskany, during the Korean War. When the Mighty-O docked in foreign ports, Adrian rented a motorbike and toured cultural sites, towns and villages, taking some great photos along the way.

He was honorably discharged in 1955 and four years later married Wanda Olcott, the woman he would spend the next 61 years with – a rarity by today’s standards.

Adrian landed a job as an electronics technician with the Federal Aviation Administration, working on VORs, radars, and guidance systems that allowed planes to navigate safely. His commitment to solving problems and improving systems has earned him several awards, a promotion to Supervisory Technician and a 40-year career.

Over the years, the Nichols had four children, Melodie, Terry and Stefanie, and a son, Christopher, who died days after birth.

The couple created lasting memories for their children – buying a trailer and camping throughout the interior northwest. The trips were filled with swimming, fishing, blueberry picking, games, great food, and sitting around the campfire. Priest Lake and Riley Creek Recreation Area were the favorite destinations. Adrian and Wanda camped well into the 80s as a couple and with their children, grandchildren and friends.

Birthdays were big occasions and Adrian’s homemade pizza, served with root beer, was one of his favorites. At Christmas, he was at Wanda’s side buying the perfect gifts, decorating and preparing elaborate feasts.

As the family grew, grandchildren, step-grandchildren and their friends were loved unconditionally. The super-grandparents, nicknamed Dad and Wanny, have braved all kinds of weather – never missing a grandchild’s baseball, basketball or football game, the drill team, the joy , school or holiday performance, academic competition, birthday or graduation.

Adrian enjoyed visiting Manito Park and Diamond Lake with his children and grandchildren, inviting his grandchildren to Spokane County and Rocks and Minerals fairs, and getting together for milkshakes, frappuccinos, and pies.

A lifelong learner, his library of books delved into mathematics and various fields of science, including physics. He embraced the technology and reveled in following the latest scientific findings online – excitedly following the RNA sequencing behind the development of the COVID-19 vaccine.

Adrian never judged others, believed in community, and was a longtime volunteer for Meals on Wheels Spokane.

A devoted husband, when Wanda showed signs of worsening dementia, Adrian took great pains to help her continue to feel better. As Wanda’s health declined, he took on more and more day-to-day responsibilities to keep her independent and engaged in outside pursuits—heartily until the end.

After losing his wife in 2020, Adrian was heartbroken. Just nine months later, he was diagnosed with cancer. Treating the news with his typical concern for others, he said: “People come and go all the time. I’m 89 and wish I was 90, but that’s the way it is.”

The Hollywood Backlot Brawl: the first cinematic match of WrestleMania

Jeep has a big surprise for Ford, GM and Rivian