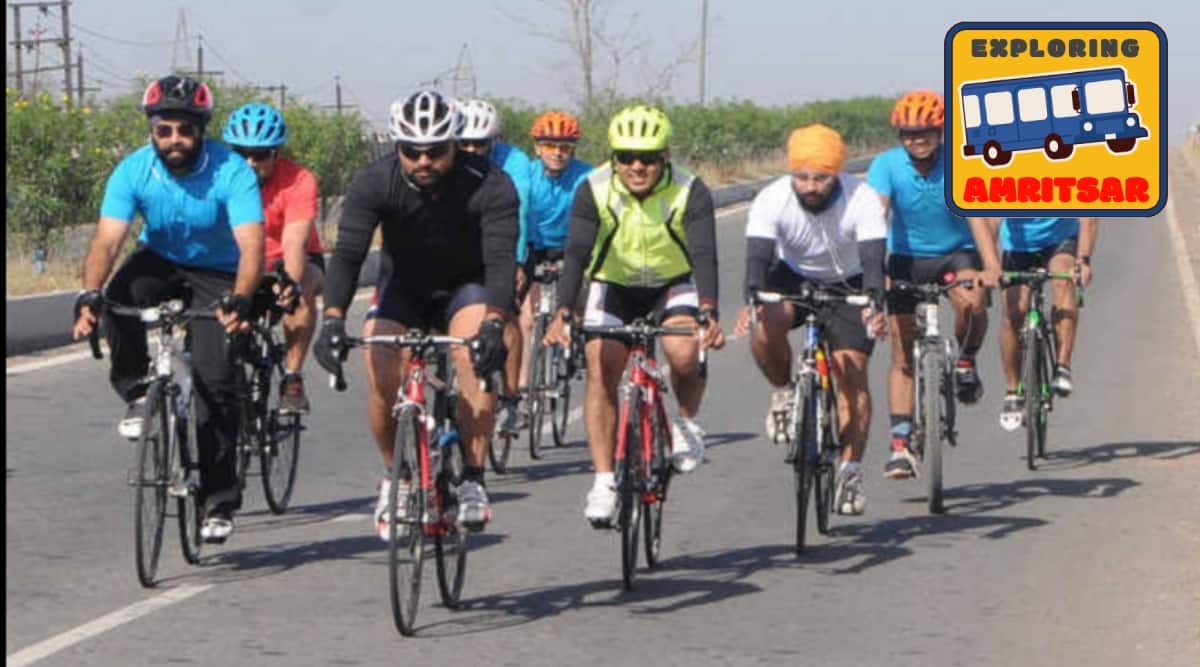 My good friend, Merchant Navy ace Capt Ajay Varma called me the other day excitedly. He was one of the first recipients of the Ola electric scooter. He rode straight onto my patio astride his scarlet mare. She’s quite the beauty, and responds digitally to all prompts, forwards and backwards, and promises to be Bluetooth-enabled shortly. The speakers play music and sounds in a robotic symphony. Excitement rubbed off on me and soon enough he handed me the two-wheeler.

Like teenagers, I, in my gray suit, black tie and brogues, and he, suitably dressed in his black Harley Davidson leather jacket, rode at our leisure on the combustion-free eco-muffler. Smiling, we concluded that the future was indeed electric.

Slowly but surely, the city is adopting the quieter modes of two-wheelers. The fact that we were followed by four young lads in their Merc 350 GLS SUVs, who repeated themselves many times in parallel, shows the level of interest in the scooter. Or was it the sight of us two inappropriately dressed “boys” on the blow-up machine, one who deserved a young girl with waterfall braids rather than us?

It took me back to our childhood where we rode bikes for about half the day. Me and my cousin. Down the road, through the pear orchards, past friends’ houses, over the mound, in the guava orchards, footless and fancyless. I had this green Hero, a little bike for pre-teens. Once my knees started touching the handlebars, I was assigned the full-size hero, bottle green again.

The saddle had to be adjusted to such a size that one could at least have one buttock parked on it with barely a toe to lean against the surface. Each evening, once the homework was done and dusted off, careful maintenance ensued. Even its rims gleamed to dazzle with sand, the chain system smoothed with my mother’s sewing machine oil. Only then was the glittering baby taken to the colony with immense pride. The simple pleasures of being a child.

In a bold move, the jugaad was discovered to attach the cardboard cover of an old manual next to the wheel. Tapping repeatedly against the spokes of the wheel, it made a wild din, much like the sound of a motorcycle without a muffler. This “life-changing” invention has made us immensely popular among street kids. Soon the neighborhood was abuzz with energetic kids roaming the camp like a frenzy, loud as hell, definitely frowned upon by more than one parent, but so much fun.

The city forgot about the bike for decades, except for the kids on tricycles heading to the park, or the young parents pushing a little girl, teaching her balance while sticking with a few side-wheel accessories. Everything else was done on the cars. Drop off at birthday parties, tuition centers, book readings, or art classes. Drag, drivers or one of the parents in tow, drop off and pick up the kids between chores.

Adults would not be seen on two wheels at all, far below dignity for this generation. “Log kya kahengae? and “Duss, eh teri cycle challan di umer hai”, would be the common refrain against cycling. As parents, our double standard towards the things we have done but our children will not do is evident. Not that safety concerns aren’t valid in today’s traffic jams. The excuse for those children who were enthusiastic was often dismissed with the routine “Our days were different” “Eaivey had paerr torwayaengaa”, even the grandparent joined in the chorus warning parents about the dangers of horse riding. Thus, the stupid advent of the stationary bike, the one that usually gathered dust even when bellies expanded.

For our part, we went to school by bike every day in twos or threes, enjoying every moment, even in the scorching heat of summer. Ah, the fun of riding the Pakistani Patton tank for a closer look, customs to delve into the realm of confiscated imported cars, or just learning how to compete in the slow-cycling business with friends!

However, the virus (Covid) has seen a revival of two-wheelers. Incarcerated inside. Gymnasiums, gatherings in maidans and parks banned by the authorities, people have taken to cycling with a vengeance. Young and old bought new bikes in all colors, shades and prices. People needed to get the hell out, like loose convicts.

Different options of the bike were available, some with small, some with big tires, some with gears, the normal and off-road types. Everything you want is there. And how good is it? Fashion or not fashion, people were outside exercising. Masked or not, with children or alone, young girls and boys had new toys to show off and socialize with. Even the odd city councilor has pitched in for dedicated bike lanes.

A young friend, Sachin Khanna, dressed in fancy gear, bright markers, well-toned helmets, embarked on long bicycle tours. He told me about his explorations with his traveling companions. Their journeys to the Ravi River, to the Beas River and to the border were epic. Good things all. Groups were formed, supported as ingenious marketing moves by a sporting goods store. A hitherto unknown vigor became evident at dawn as the Amritsar Bicycling Club gained momentum. Whether they would later disembark for hearty Ambarsari breakfasts in dhabas was a whole different story. But they put in some serious miles and got fit like fiddles.

There’s some serious mobiking in town these days.

Even I walked a few miles to the appointment once on my white sports thing. With a rubber horn and bell, a water bottle accessory, fancy rechargeable tail and front lights, panties and T’s. of his senility, I gave a few encouraging comments, kicked off a photo shoot, and waved goodbye to them as the serious bikers rode past me. And I still had the road to cover home while the calf muscles were already singing nicely please.

That was all for a while until the strange ride around the settlement. Someone even commented on my white beard outing “buddeh nu charhi jawani”. I didn’t care for two boos and enjoyed the phase to the core, cheered on by thumbs up from kinder passers-by. Of course, soon the tailbone began to ache, and the knees began to thump like an orchestra. Thus, the distance was reduced and the solo rides slowed down to comfort speeds.

Sachin and his buddies, however, even started going on long mountain treks with people from northern India. Even a tendon turner from Manali to Leh. An encore will take place in August 2022. Everest on two wheels next, guys?

And there’s some serious mobiking in town these days. The sounds of Hayabusas, Harleys and KTMs flood the airwaves as these whimsical movers take to the tarmac as traffic thins and the throttles can be pulled. The easy cyclists who ride the dirt tracks and take on the mountain roads are the real adventurers, however, and have their own groups, boosting the two-wheeler mojo mainly.

Even the native motorcycles have become trendier with the release of Royal Enfield along with off-roaders and ATVs like the Himalayan. In fact, the old Jawa has made another modern appearance, and many of my friends from the old favorite’s days have nostalgically visited the showrooms. It reminded me of our days when I had the Enfield. Old college mates still remember PUO 11 today, roaming the halls of Chandigarh, the parking lot in front of Hot Millions for that Spanish chicken outing with a baby.

I vividly remember how I used to deploy the bike before dawn on the hills at least twice a year for a good fortnight of adventures and camping. But the bike, even today, brings back happy memories of Amritsari’s days as a young student, and of our journeys to places beyond the beaten track deep in the forests and mountains for appointments. you with nature for weeks.

It’s amazing that we’ve outgrown the bike, outgrown the motorcycle of adolescence, onto the four wheels of adulthood, and come back to buying a cycling with as much pride as a senior citizen. Hopefully, we in Amritsar will continue the bicycle trend, usher in quieter electric modes of transport and breathe cleaner air as a result. Amen to that!

(The writer is an Amritsar-based author, environmentalist and philanthropist)