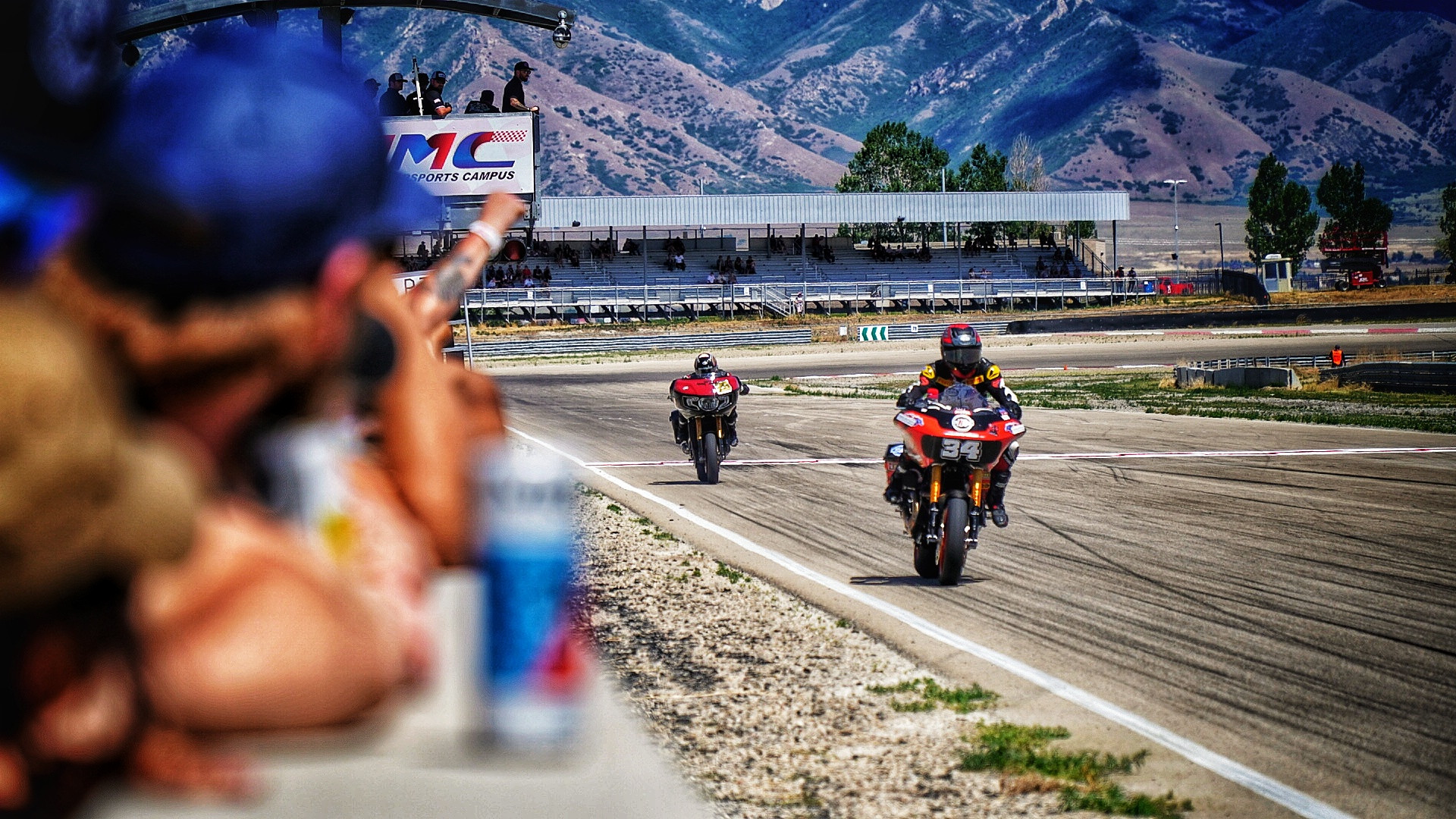 “This victory is a confidence boost for me and the team,” said Barnes. “We didn’t think we were that far in the MotoAmerica King of the Baggers race on Road America. For this race, we had a different front end, different shocks, different geometry. We made some smart decisions and they all made the bike better. It is a testament to the knowledge of this team. Installing a Road Glide for road racing has been a steep learning curve, not just for me, but for everyone involved. We’ve made giant strides in every test and event, so after some disappointing results earlier this season, it’s a nice reward to get this victory.

Barnes was the top qualifier for the BRL event, took the hole and led O’Hara for the entire 8-lap race distance.

“Tyler and I have raced against each other a lot over the years,” said Barnes. “He was there all the time. At first I could feel him trying a line inside. And a few times I ran wide due to gear shifting issues, but he couldn’t take advantage of it. Basically I got the hole and tried to hold it off.