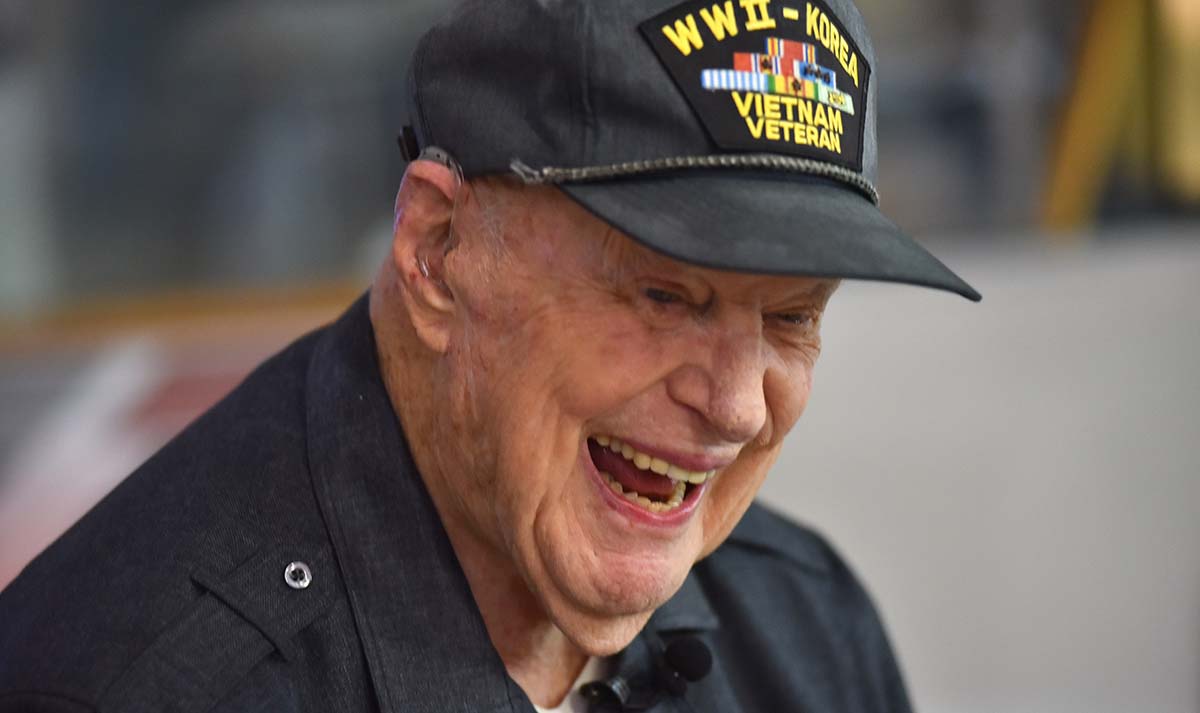 The young pilot was climbing to about 60,000 feet when suddenly his pressure suit lost oxygen. He shut down the engine and the plane went into free fall.

He developed tunnel vision and planned to bail out at 30,000 feet. But on second thought, he didn’t want to crash a good plane.

Barely able to see, he forced the plane into a steady spin and pointed it straight down to restart the engine. The plane straightened up. And at around 300ft, he raced through a mountain valley to an emergency landing at 250mph – almost out of fuel.

He could not see the trail and narrowly missed a fire engine and crew ready to rescue him. He skidded in the gravel.

Better than that, says the retired navy commander. Glenn Tierney. It’s a true story, hers.

Tierney has two claims to fame: he flew every Navy Grumman fighter jet from the F4U to the F14 Tomcat and conducted 11 of 11 successful test firings of the heat-seeking Sidewinder missiles that led to their adoption in the military. .

Tierney was one of about a dozen former military pilots gathered last week to share their aviation knowledge and promote the Sept. 23-25 ​​military convention in San Diego called Strength-Con.

The first night of the fall program includes a red carpet event to honor aviation legends at the San Diego Air and Space Museum. In addition to a film, “Into Flight Once More”, a panel on aviation will answer questions.

A portion of the proceeds will help elderly and terminally ill veterans travel to Washington, DC to visit military monuments. Tickets are available at https://purplefoxesunited.com.

On September 24, the Hotel del Coronado will host the world’s largest vintage DC-3 flyover – part of the D-Day squadron that served in World War II, among other monumental campaigns.

Elite paratroopers from around the world will jump onto the beaches of Coronado along with wounded warriors, Vietnamese POW veterans and WWII veterans. This event is free and open to the public.

On September 27, a “Remember the Fallen” community interactive artwork will be auctioned off to benefit Honor Flight San Diego, followed by an art festival and “Meet the Heroes” presentation at Liberty Station.

A panel of prisoners of war will conclude the program with special guests. This event is free and open to the public.

“My hope is to inspire others to truly realize their worth while they are with us, and to just (recognize) all that they have done for our country,” said CJ Machado, an organizer for the ‘event. “They really are the superheroes of the world.”

Seasoned pilots tried out the simulators at the museum last week.

Vietnam War pilot Vic Vizcarra, 85, said when he got his wings in 1960 the simulators were not high fidelity and were hated by pilots.

It wasn’t until around 2000 that they became more effective, he said.

Vizcarra, an Air Force pilot who flew the F105 fighter-bomber, struck surface-to-air missile sites in 1965 in Hanoi. He saw the pilots in front of him being shot down.

In November 1965, he had to bail out his plane after engine failure and endured two frantic hours before being rescued by a Navy helicopter.

Tierney, who will be among Force-Con’s guests of honor, had another encounter off the Azores Islands in the South Atlantic about 200 miles from Gibraltar.

Tierney was on patrol at dawn when he spotted a German U-boat. Using his .50 caliber machine guns, he killed crew members and turned off the submarine’s snorkel and radar.

He bankrupted the submarine.

“They should have dived about 30 seconds earlier,” he told the Balboa Park Museum.

Tierney made 453 carrier landings, including 103 at night, and “had a good time, most of the time.” He got his wings at 19 and flew in the South Atlantic in early January 1945.

Asked about his favorite plane, Tierney said of the propeller types he liked the Vought F4U Corsair, which he flew for about four years until jets replaced them.

Due to its speed, “it would beat anything in the air”, he said.

As for jets, he said he liked the supersonic Vought F-8 Crusader.

“And I think I liked that because it was still a single-engine pilot, whereas planes like the F4 and F18 had two guys.”

When asked what he attributed his success in aviation to, Tierney cited the lessons he learned in the Boy Scouts – “leadership, not just in the cockpit, but leadership with other pilots and men”.

In Scouting, he learned discipline and how to get results in a group project, he said.

Asked about his opinion of the new “Top Gun: Maverick”, Tierney replied that it was good, much better than the first version, which he called unrealistic.

“It’s hard to make a decent movie with airplanes,” the veteran said in his mid-90s. one of the other. And you would never (in reality) get close to anyone else.

He also shot scenes in the two “Top Gun” films in which Tom Cruise drives his motorcycle on a tarmac.

That would never be allowed, he said.