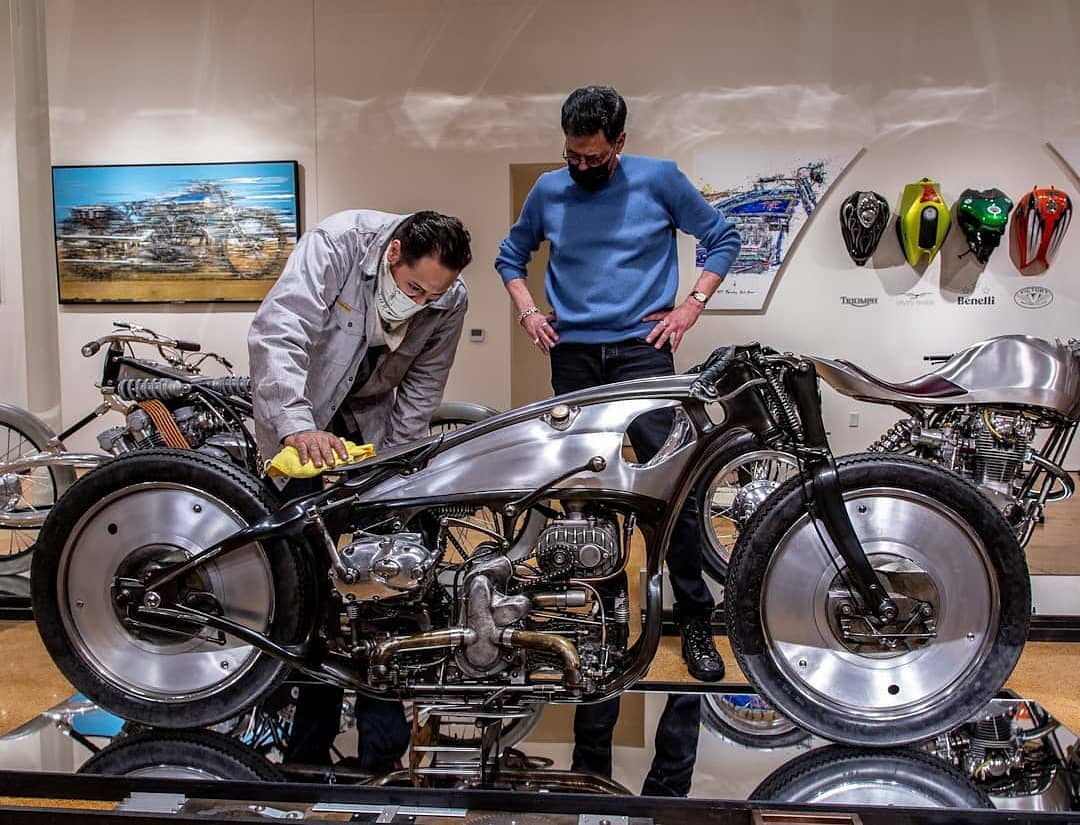 Haas, the creator and curator of Haas Moto Museum and Sculpture Gallery in the Design District of Dallas, has assembled a collection of over 230 rare classic and custom motorcycles.

Haas made his fortune in soft drinks in the 1980s, found a calling in the 2000s as a National Geographic photographer famous for his aerial images, then discovered his true calling in 2011 – at the age of 64. – when he bought his first motorcycle. Haas said the collection represented his “last professional bow.”

In what may seem like a bizarre statement from a man of immense wealth, Haas was not into motorcycles for the money.

â€œWhat I love about the motorcycle industry is that no one is there for the money. With the investment business, you are looking for money in a way that is beneficial only to yourself. If you earn a lot of money and give it away, well, that’s different. Then you’re charitable. But inherently there is nothing but selfish motives behind that, â€he said. Dmagazine.com. â€œHere, whether you’re talking about the designers, the mechanics, the guys who have stores, these guys don’t make a lot of money,â€ Haas said. â€œBut if you ask them if they are happy, they all say yes. The motives are basically to share what you create. This museum is something I really wanted for the city of Dallas. Dallas has been good to me, and I love this city. I’ll be there until they take my boots off.

Now that the boots are removed, Haas’ passing will be deeply felt by those he knew in the world of custom motorcycles.

â€œI haven’t ridden a bike here. For me, these are artistic pieces. I wouldn’t use a paint to cut out a sandwich, â€Haas said of his collection.

One of his most prized motorcycles, an example of George Roy’s Majestic, came with the kind of history he loved about motorcycles and the people who make and love them.

A friend of his in France gave him his father’s motorcycle that his friend and his father had hoped to restore together. The rusted parts of the bicycle were eventually stored in crates in Normandy, France, where they remained for 12 or 15 years. Haas’ friend said the museum was a place he would be happy to put the bike, so he restored it piece by piece for four months before presenting it to Haas for collection.

â€œToday is one of the most impressive motorcycles in the world. It means a lot to me because it’s his family heirloom, and he wanted it in my hands. So I think I’m the only museum in the world with one of each, â€Haas says of his friend’s Majestic. â€œI’ve bought over 150 bikes and haven’t sold any,â€ Haas says of the collection in its showroom. â€œOne of the things that attracts me about it is the fact that I went from being a businessman with no motorcycle experience. I buy a few motorcycles. I start riding a motorcycle, and I’m just addicted to passion for the industry. I think it happened to Georges Roy. The difference with Georges Roy is that he got away with it because he was looking for commercial success. artistic success.

The museum and the connections he made with custom builders led him to order a surprising set of custom bikes from some of the most daring builders at work today.

And in keeping with his sentiment for motorcycles as art and custom builders as artists, Haas recently decided that he would bequeath the motorcycles he commissioned to their builders. As he told them in a scene captured in “Leaving Tracks”, a recently completed documentary on his odyssey, he said he wanted to make them – “the children of your souls”.