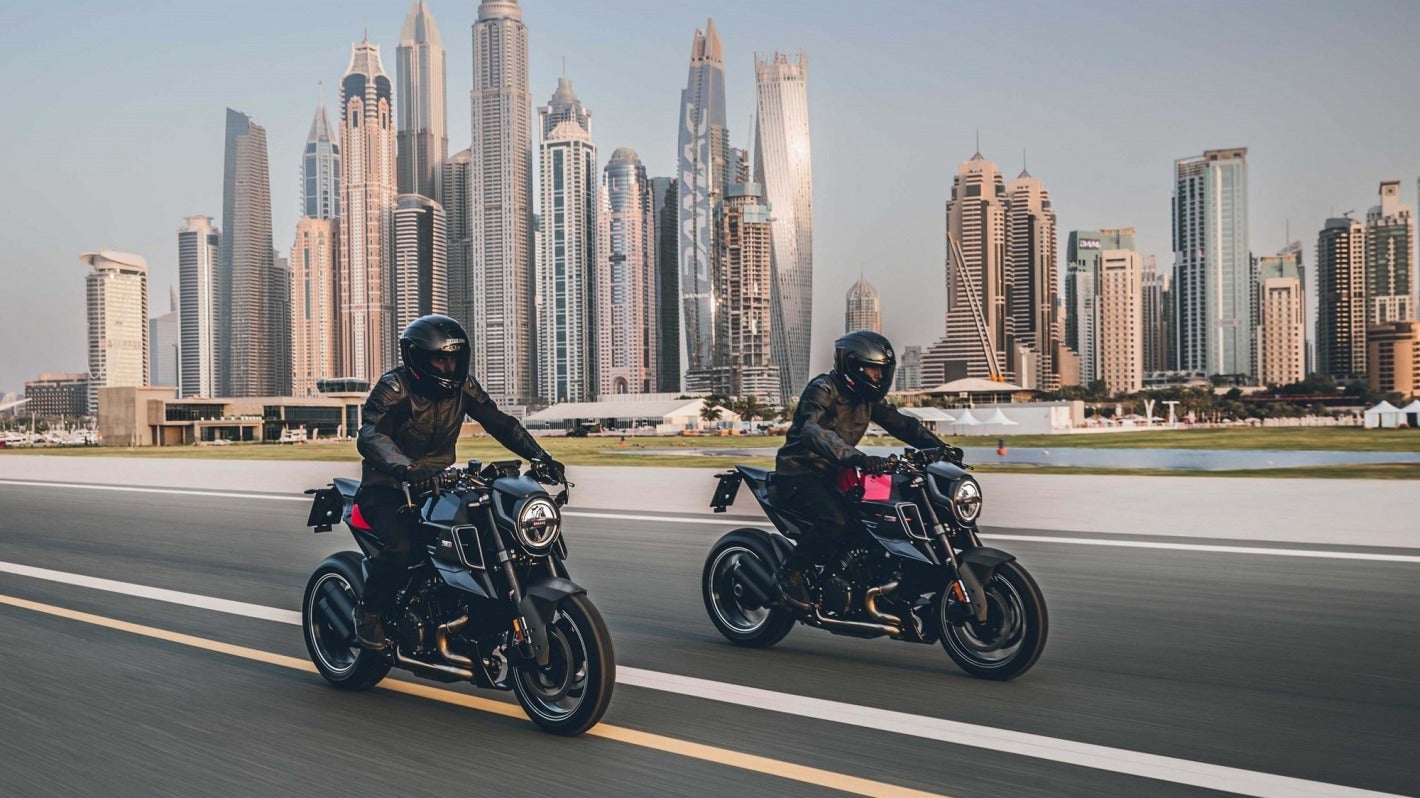 Brabus has unveiled the 1300 R in full, its first attempt at creating a two-wheeled machine.

Well, sort of, because Brabus used the KTM 1290 Super Duke R Evo as its base, the same way it tunes Mercedes-Benz cars and sells them as special units.

It uses the same V-twin powertrain as the KTM, making an identical 130kW/140Nm, and the same single-sided swingarm and trellis frame, but housed in a sleek new body. That means lots of carbon fiber, blacked out panels and a tasty shotgun exhaust system.

Styling is generally a little more understated than what KTM offers, with a single round headlight replacing the Austrian original’s insect-shaped eyes and slightly redesigned air intakes. Oddly enough, the headlight comes from the Husqvarna parts bin.

Other items carried over from the KTM include the semi-active WP Apex suspension and the standard Suspension Pro system – optional on the KTM – which adds the ability to control rear ride height from the digital dash, in choosing from Low, Standard or High settings.

It can also compensate for the load, automatically adjusting once the weight is added to the bike.

The display also gets a new splash screen on startup to display the Brabus logo. It controls the rest of the electronics like traction control, engine brake control, cruise control, switchable ABS, auto canceling turn signals and a range of riding modes including Rain, Street settings , Sport, Track and Performance.

As for the price, Brabus does not say. So many.

Brabus also only sells the 1300 R in Europe and South Africa. So if there were any open slots left, you could face an uphill battle to get it to New Zealand.

‘The Batman’ review: The darkest knight ever