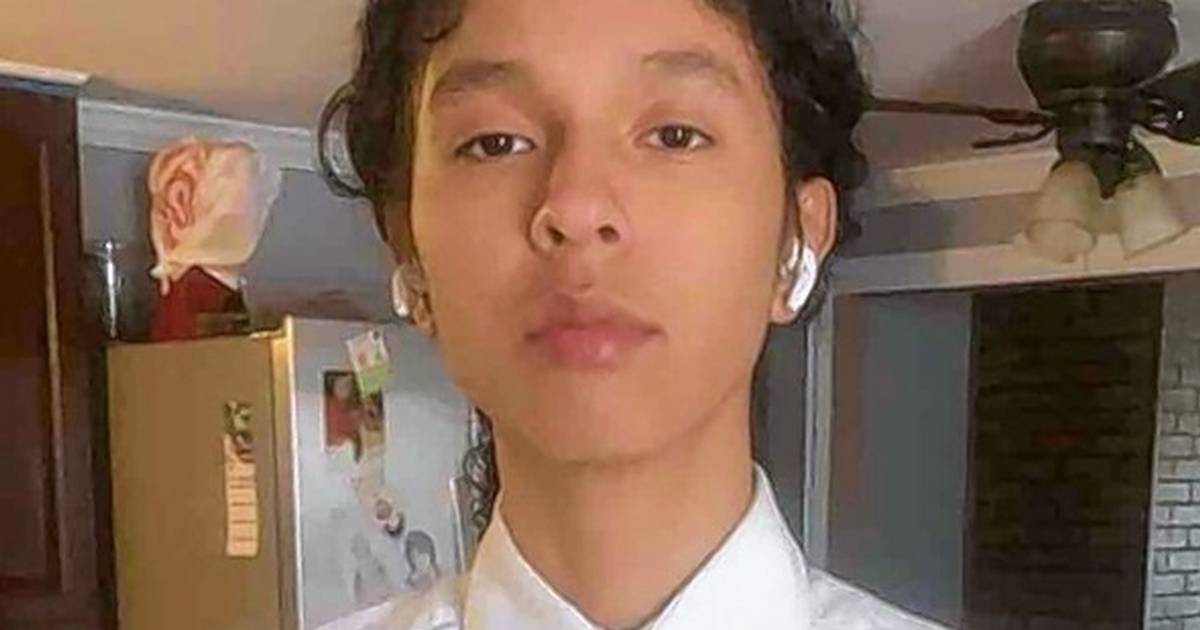 A talented artist who was looking forward to his high school graduation and a trip with his classmates to Navy Pier, 14-year-old Erick Alfaro was strolling with a friend Wednesday night near Des Plaines when his promising life was cut short by a bullet from a passing SUV.

At around 7:15 p.m., Cook County Sheriff’s Police said, the teen was struck by multiple shots fired from a dark-colored SUV as he and another minor were walking around the 400 block from West Touhy Ave. The Cook County Medical Examiner’s Office said the boy died of a gunshot wound to the head and ruled his death a homicide.

Sheriff’s Police said Thursday there was no new information about their ongoing investigation into the murder.

As investigators worked at the crime scene on Thursday and friends paid their respects by creating a memorial a few yards away, Erick’s family shared their grief at their home.

“I guess he expressed his emotions through art, because our father died when he was very young,” he said. “And as he got older, he started expressing it more and started drawing pictures.”

He said his brother was attracted to Japanese culture, including anime and manga art, and was known to sometimes wear a collared shirt and tie to school.

“He said he either wanted to open his own clothing line or work in a motorcycle shop,” Christian Alfaro said. “He was like a mini of my dad, the way he acted and spoke.”

Residents of Blackhawk Estates who live near the scene of the shooting described the neighborhood Thursday as a safe community.

“I’ve never seen anything like it,” said Erasmo Martinez, a 12-year-old resident. “Everyone is in shock. I can’t believe what happened.”

But Christian Alfaro said the atmosphere of security seems to be fading.

“Sometimes I used to (cross) here at 2 a.m., and nothing (was happening),” he said. “Now my brother and his friends can’t even go out without getting shot.”

“We will have bereavement counselors and student supports available for the next two weeks to support those in need,” Principal John Harrington and Superintendent Terri Bresnahan wrote in a letter to the school community. “We encourage parents to discuss loss and grief with your children, and we’ve provided additional resources … on how to talk to children about the death of a peer.”

Blackhawk Estates resident Eric Dubrock described Erick Alfaro as a good person who didn’t get involved in any trouble.

“No gangs. No violence. None of that,” Dubrock said. “He always came here and played football with the other kids.”

Giovanni Calles, an eighth-grade classmate at Grove Junior High School, was a friend of the slain teenager. His home faces the scene of Wednesday night’s shooting.

Giovanni said he heard two loud bangs on Wednesday night and thought it was vehicle noise, but then his mother heard screaming.

“And it was (the) teenager walking with Erick. And then we saw Erick’s body,” he said.

An online fundraiser on the GoFundMe account has been created to help the Alfaro family www.gofundme.com/f/7e5n8n-helping-the-alfaro-family. By Thursday night, he had raised over $10,000, having set an initial goal of $5,000.

“He was a sweet, funny, intelligent child who had his whole life ahead of him,” fundraiser organizers wrote, adding that Erick’s death comes just a few years after his father passed away.

“These are good people going through a very difficult time and need our help,” the organizers wrote.