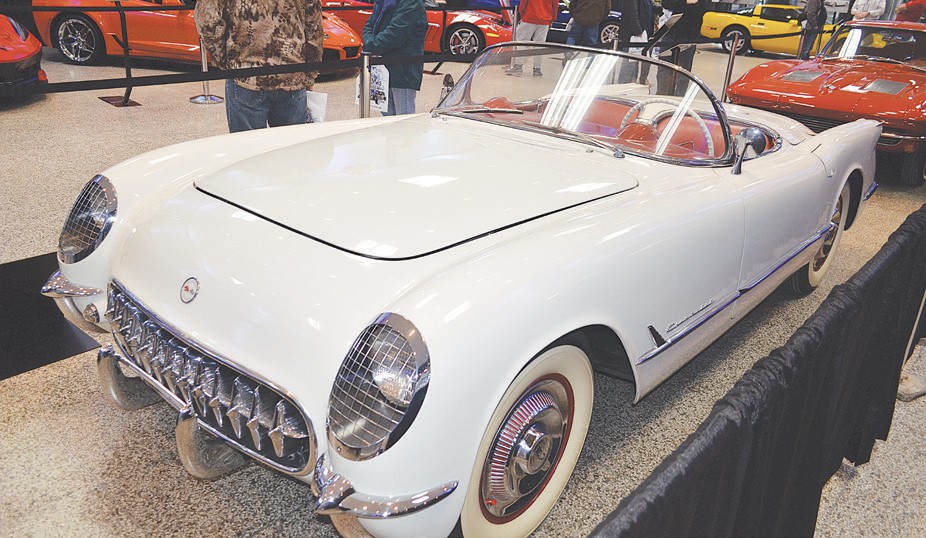 Chrome & Ice, a vintage car show presented by Back to the Bricks, will return to the Dort Financial Center in Flint from February 11-13. More than 125 cars will be on display during the three-day event, filling Dort Financial Center’s two arenas, as well as its mezzanine and lobby.

This year’s Chrome & Ice showcase theme will celebrate iconic movie and TV cars, with an exhibition of replicas and originals in the lobby of the Dort Financial Center. Featured cars will include KITT from the 1980s “Knight Rider” TV series; a 1977 Pontiac Trans Am from “Smokey and the Bandit”; “General Lee” from “The Dukes of Hazzard”; a DMC DeLorean from “Back to the Future”; and a 1966 Batmobile from the 1960s “Batman” TV series.

Motorcycle enthusiasts and bikers will also enjoy an alley display of classic motorcycles below the main arena seating area of ​​the Dort Financial Center.

On the first night (February 11), Chrome & Ice will host their first major live concert presented by Dort Financial Credit Union. The John Vance Band, a local rock band, will open the show for country music star and Michigan native Josh Gracin, who will perform headliners like “Nothin’ To Lose,” “Stay with Me (Brass Bed)” and “We Weren’t Mad. Gracin, an American Idol contestant and former Marine, will also perform his recent new hit “Love Like.”

The top 25 Best Show prizes and winners of the ARTOMOTIVE “Raise The Hood” Art Contest will be announced February 13 beginning at 3 p.m. to wrap up the car show.

For more information on Chrome & Ice or to purchase tickets, visit backtothebricks.org. — BG

It all started with a spark