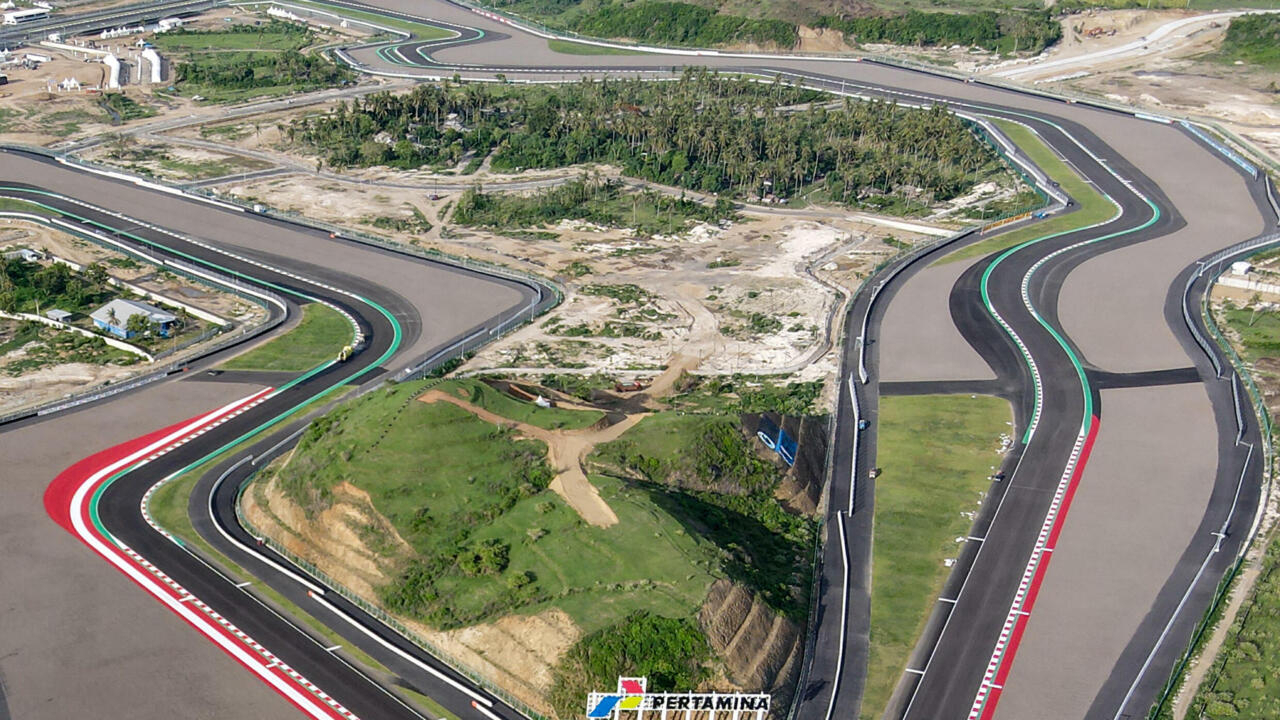 Lombok (Indonesia) (AFP) – The holiday island of Lombok welcomed thousands of fans on Sunday for Indonesia’s first superbike race on a new circuit that is part of a mega tourism infrastructure project denounced by the UN following the eviction of local families.

With a population of over 270 million people, many of whom move on two wheels, Indonesia has one of the largest communities of bicycle racing fans in the world.

But the archipelago had not hosted a major race since 1997.

Several villages have been voluntarily or forcibly relocated for the construction of the new Mandalika circuit. But around 40 families – with their cattle and dogs – still hold onto the center of the track despite intimidation to give up their land.

Environmentalists also question the wisdom of staging large-scale events on an island threatened by natural disasters.

Sunday’s 4.3-kilometer (2.7-mile) superbike show was a prelude to a MotoGP race – the next level of the Motorcycle Grand Prix – to be held on the island in March 2022.

“I’m here to watch the World Superbike. It’s very cool and I almost couldn’t believe (Indonesia has this circuit) … The event will help the economy here,” said Rini Yuniarti, a fan. from Bali.

The government hopes to create thousands of jobs and attract up to two million foreign tourists a year with the circuit complex, which spans more than a thousand hectares bordered by white sand beaches.

But the shiny new project has been the subject of fierce conflict between authorities and local residents.

Near a village in the region, the houses have been abandoned and a metal sign reads: â€œThis land belongs to the state.

But 36-year-old Abdul Latif and his four children have so far remained behind as they have not received any compensation for their departure.

“Life is difficult here now … Access is very restricted,” he said. “We are playing cat and mouse with the security personnel guarding the area.”

Another villager, Abdul Kadir, 54, said young people had difficulty getting to school because they were blocked by security.

Worse, local wells have been dry for six months since tunnels were built under the circuit, leaving residents without water.

“They dragged me away”

Many villagers lost their livelihoods, farmers were confiscated from their land and fishermen were displaced from the coast.

Security forces have been deployed to evict some families while others have been forced to accept meager compensation, said human rights lawyer Widodo Dwi Putro, who defends the villagers.

Sibawai, a 53-year-old farmer, has lost most of his land.

He said authorities tried to deport him several times before police came to pick him up in January 2021.

“They deployed around 700 people just for my land. I tried to stop the bulldozers from entering but they dragged me,” he said.

United Nations experts in March called on the Indonesian government and the companies involved in the project “to respect human rights.”

Special rapporteur on human rights and extreme poverty Olivier De Schutter said the project had seen “complaints of land grabbing, evictions of indigenous communities of the Sasak ethnic group, and intimidation and threats against defenders of local populations “.

Several international companies previously associated with the $ 3 billion project have denied they are still part of it, including construction giant Vinci and vacation operator Club Med.

The Accor group operates a Novotel on the site and is building a Pullman hotel.

The company told AFP that it did not own the land or the hotel, but would manage it on behalf of the Indonesian state-owned company Indonesia Development Tourism Corporation.

The Asian Infrastructure Investment Bank, which is expected to contribute $ 250 million to the project, said it had carried out a study and found no human rights violations.

Lombok is one of the 10 new destinations that the Indonesian authorities wish to develop into tourist destinations in the same vein as Bali.

The impoverished island has struggled to rebuild itself since a major earthquake in 2018, killing more than 500 people.

For most locals, motorbike racing tickets are too expensive, and many have to be content to watch from a hill overlooking the circuit.

But authorities hope the company will attract investment.

Superbike and Moto GP events represent “one of the best ways to attract visitors and make significant investments in our region,” said Zulkieflimansyah, governor of West Nusa Tenggara province, of which Lombok is a part.

“This international road circuit will only be the beginning.”

Asked about accusations of human rights violations, Zulkieflimansyah – who like many Indonesians has a name – said he was “very optimistic” that the disputes would be settled to the satisfaction of investors and the local community.

Maharani, an environmental activist with the NGO Lombok Research Center, said the risks of earthquakes and tsunamis were worrying.

“A landslide could descend directly to strike and cover the circuit area. In the event of a tsunami, the circuit could become a water well,” he said.

Abdul Latif, stuck in the center of the circuit hanging from his home, had no desire to watch the race.

â€œI feel abandoned and isolated,â€ he said. “Like a bird in a cage.”

Boston’s ghost bike tradition hinges on one man, who transformed one more to…

‘It’s like riding the Tour de France on a motorcycle’: coach…