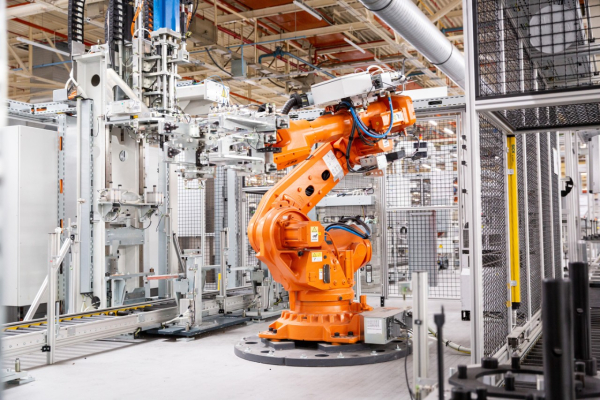 Ford has announced plans to invest up to £ 230 million (US $ 316 million) in its Halewood vehicle transmission plant to transform it and build power supply units for future passenger vehicles and Ford all-electric utilities sold in Europe.

Halewood will be Ford’s first in-house electric vehicle component assembly site in Europe with production starting in 2024. Production capacity is expected to be around 250,000 units per year. The investment is subject to and includes support from the UK government through its Automotive Transformation Fund.

The powertrain is the complete all-electric assembly that replaces the engine and transmission in a conventional gasoline or diesel-powered vehicle. The Ford Halewood transmission facility was chosen to supply the powertrains because of its excellent track record of quality, competitiveness, and strong skill base and employee commitment.

Halewood currently manufactures transmissions for a number of Ford passenger and utility vehicles and exports 100% of its production. Before being fully taken over by Ford earlier this year, Halewood had been part of Getrag Ford Transmissions, the transmission manufacturing joint venture jointly owned by Ford and Magna, for more than 20 years.

Ford is one of the UK’s largest exporters, exporting engines and transmissions from its facilities to more than 15 countries on six continents, with overseas sales generating around £ 2.5 billion (3 , US $ 4 billion) per year.

The Halewood news follows a number of major Ford electrification announcements in Europe this year. Spearheading Ford’s move towards a fully electric future is a new $ 1 billion investment to upgrade its vehicle assembly plant in Cologne, Germany, one of its largest manufacturing centers in Europe and the headquarters of Ford of Europe.

Ford also announced earlier this year that in addition to building the all-electric E-Transit from 2022, Ford Otosan, Ford’s joint venture in Turkey, will produce an all-electric version of the next-generation Transit Custom from 2023. in its manufacturing plant. in Kocaeli, Turkey. A new light commercial vehicle being built by Ford’s vehicle assembly operations in Craiova, Romania, will also include an all-electric derivative from 2024.