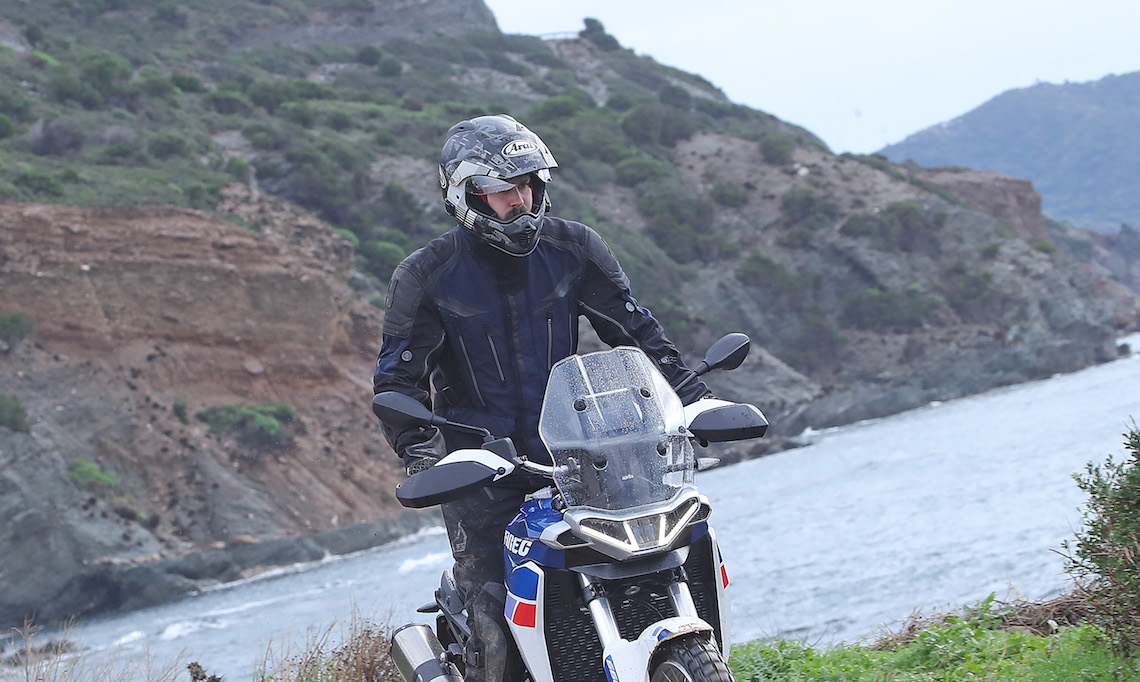 There aren’t many more challenging proving grounds for adventure bike gear than Scandinavia. After all, few other places in the world, let alone Europe, experience glorious sunshine, torrential rain, high winds and even snow, all in the same day.

Of course, the stunning scenery and formidable roads make it worth braving these conditions, but to do that you’ll need the best kit out there, produced by manufacturers with first-hand experience of what it’ll be up against. That’s where Halvarssons, a Swedish brand that produces high-end riding gear, comes in with the Mora jacket.

I first tested the Mora for a group review of three-layer jackets in issue 65 of ABR, and it immediately impressed, earning an “ABR Recommends” tag and topping scores.

Now, after several months with the Mora, during which time I’ve worn it on many rides, including the Honda Adventure Center and the rain launch of the Aprilia Tuareg 660, I’ve decided to write a long term update to let you know how it worked.

From the outset, Halvarssons commitment to superior quality is clear. La Mora looks great, with soft nubuck shoulder and elbow patches giving the jacket a premium feel and helping to justify the £639 price tag.

There are two colors to choose from, black and blue or black and green, and both are subtle and attractive (I have the blue, as you can see above). I’m also glad that Halvarssons eschewed the garish fluorescent patches you find on other hiking jackets, instead using subtle silver reflective strips to make you more visible during dark rides.

The good times continue when you put it on too. It is immediately clear that Halvarssons have gone to great lengths to make the textile as comfortable and flexible as possible in the saddle.

In fact, when I came back from my first outing with the Mora, I said ABR editor James that it looked more like a silk shirt than a heavy motorcycle jacket. It’s so light that I sometimes need to remind myself that I’m actually wearing bike gear, and that’s really impressive quality for any piece of gear.

The fit can be adjusted with a full combination of torso and forearm straps, metal cable adjusters at the biceps and hook-and-loop straps at the waist. It’s a hefty bill from various adjusters and seems overkill at first glance.

But, combined with that silky soft textile, it means I could almost fit the jacket to my size, which only adds to the comfort and prevents the fabric from billowing during rides.

This proved particularly useful when driving off-road. The bulk and excess fabric of other jackets can make them quite distracting when battling through sloppy mud or up gravel climbs, but I had no such issues with the Mora, and it became my off-road jacket of choice.

The fit is also deliberately shorter in the front and longer in the back to accommodate life in the saddle, so you don’t have to run water down your pants when you get back on the tarmac and ride big. big miles on the road.

Halvarssons says the Mora is designed for all seasons, but I found myself using it mostly in late spring, summer, and early fall, which was due to several things.

First, as a general rule, we tend to recommend laminated garments for winter riding (you can read why here). These have a laminated waterproof outer layer, while the Mora is a three-layer jacket with an inner waterproof layer (more on that in a second), and stands up to near-constant heavy rain a bit more effectively.

On the other hand, this waterproof outer layer means that laminated jackets can easily overheat in the summer or off-road, even with built-in vents. This is when you want the airy textile of a three-layer jacket, combined with ventilation, to keep you cool, which the Mora has.

The two extensive wrist-to-armpit vents are incredibly efficient and funnel an impressive amount of cooling air along the arms, past my armpits and into the upper torso of the jacket. Combine them with the two long zipped chest vents and always-open exhaust vent, and the Mora is simply a joy to wear on the hottest days or when you’re sweating it out on the trails.

I have a full mesh summer jacket in my riding wardrobe, but it’s been benched since the Mora arrived. Not only does the Mora almost match the cooling airflow provided by the mesh jacket, but it can also cope with the sudden turn of the weather, as it tends to do in the UK.

When the inevitable rain starts to fall, there’s a single zip liner created with Dryway, for waterproofing, and Outlast thermal technology, to keep you both dry and warm. It works in the rain, but it’s a bit too light for very cold weather, and I wear my own thermal midlayer during winter riding.

This is the case with most four season jackets I’ve worn, and very few factory thermal liners due to the premium down midlayer workmanship. The fleece lined storm collar is a nice touch though.

When it comes to protection when off, the Mora is CE AA certified with Level 2 elbow and shoulder protectors, backed by abrasion resistant Hi-Art textile, which Halvarssons say makes it five times stronger than its ordinary textile.

I haven’t put any of these into action yet (knock on wood), but it’s comforting to know it’s there, and the snug fit ensures the armor sits exactly where it should. However, it’s a shame that there is no back protector included, considering the price.

So that’s the Halvarssons Mora, a very good three-layer jacket that excels particularly in summer, spring and autumn, or off-road. The breathable, multi-layered textile construction means air can flow freely when you need it, or you can add roadside weather protection with the zip liner.

It’ll set you back £639, which puts it at the top of the three-layer jackets, but you definitely get what you pay for, and six months later there’s little sign of wear, despite heavy use.

When I first reviewed it in issue 65, I gave the Mora a 9/10. After six months of wearing it across Europe, I’m happy to report that it still earns this rating.

To find out more about the Mora, go to Halvarssons website.