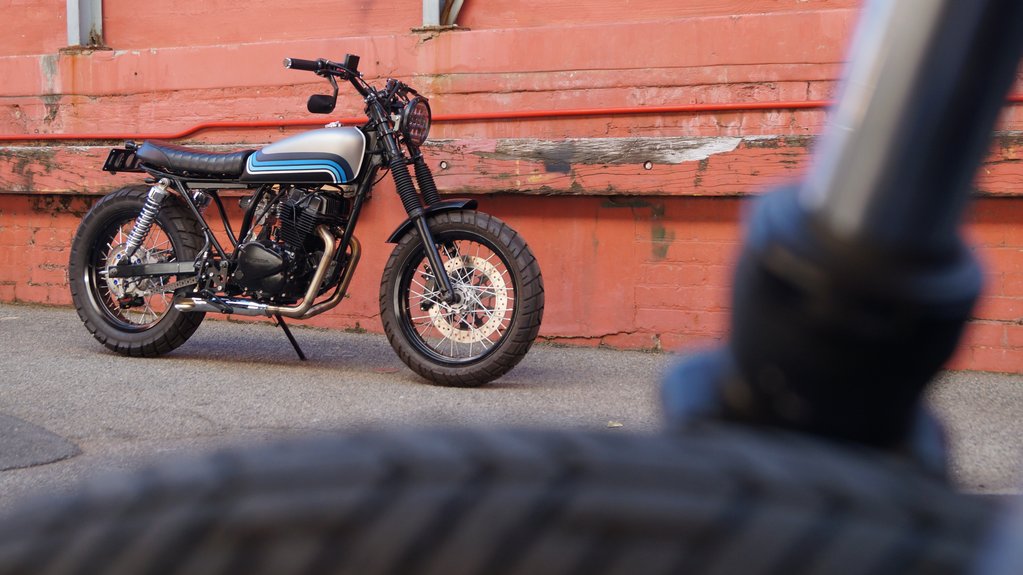 By Abbey R. Groh Last updated Sep 25, 2021
Share
After reading Marijn Kuijken’s biography on his company’s official website, you’ll be tempted to think that this guy is living the dream. Her father was an architect with extensive experience in metal fabrication and woodworking, which helped cultivate Marijn’s interest in the workshop from an early age. When Kuijken was a teenager, he and a few of his pals started playing with scooters and mopeds for hours.

They tweaked the engines of their two-wheelers, cut frames and even built complete exhaust systems from scratch. Later, all this ordeal led the Flemish craftsman and his brothers to launch ARC Exclusief, a company based in Hasselt and specializing in metalworking. Although this business became her main occupation, Marijn was still very involved in cycling in her spare time.

After relocating to the other side of the world in 2014, a deep connection with Australian custom motorcycle culture began to form. As you can probably imagine, Australians had a pretty good time pronouncing the Belgian expat’s name, so they found it easier – in a very Australian way – to simply call him Billy. Over the years he has been involved in some truly remarkable projects, but the best was yet to come!

With the help of his beloved fiancee, Billy started Rogue Motorcycles in Perth, Western Australia. A while back, we took a look at one of the juiciest exploits born on the premises of this company, namely a bespoke Suzuki DR-Z400E that has been dubbed the “Hooligun”. Since you seemed to like this delicious creature instead, we’re inclined to think you won’t mind if we feature another masterpiece from Snape’s portfolio.

In his previous life, the head-turning head in question was a factory spec Honda CB250 Nighthawk, which served as the customer’s daily shuttle. Originally, he tasked Kuijken with making some modest tweaks, but things were to escalate into a custom business in their own right. This is how, ladies and gentlemen, “Little Blue” was born.

To kick things off, the moto doctor took care of the fabrication of a new fuel chamber and a looped subframe, on which you’ll spot a sleek leather saddle. After powder coating the Nighthawk’s frame and forks, Billy outsourced a tasty selection of aftermarket accessories at his customer’s request. Up front, we notice a pair of rubber gaiters hugging the fork legs, along with a tiny mudguard and state-of-the-art LED headlight.

The cockpit is adorned with hanging mirrors and a few Motogadget components, such as new grips, turn signals at the end of the handlebars and a Motoscope Mini digital speedometer. To the south, Marijn installed a unique license plate holder and a round LED tail light that comes from the Purpose Built Moto range. While Snape’s brain was doing its job, Ben Weekes (the owner of the bike) took care of the powertrain modifications.

To begin with, he took on the laborious task of manufacturing a two-in-one exhaust system, which is complemented by a single-speed stack at the intake end of the combustion cycle. A single wire harness Small Blue‘s electrical goodies to a Motogadget m-Unit control module. Back at Snape’s headquarters, it was time to take care of the shoes.

Thus, the original wheels were removed, giving way to laced aluminum boots with a diameter of 17 inches at both ends. In addition, their rims sport a pair of stylish Shinko tires for sufficient grip on the tarmac. Extra stopping power is made possible by youthful brake discs, premium Brembo calipers and upgraded brake lines. To top it off, Weekes and Kuijken commissioned a local expert to wrap the gas tank in a beautiful color scheme that keeps things sexy.