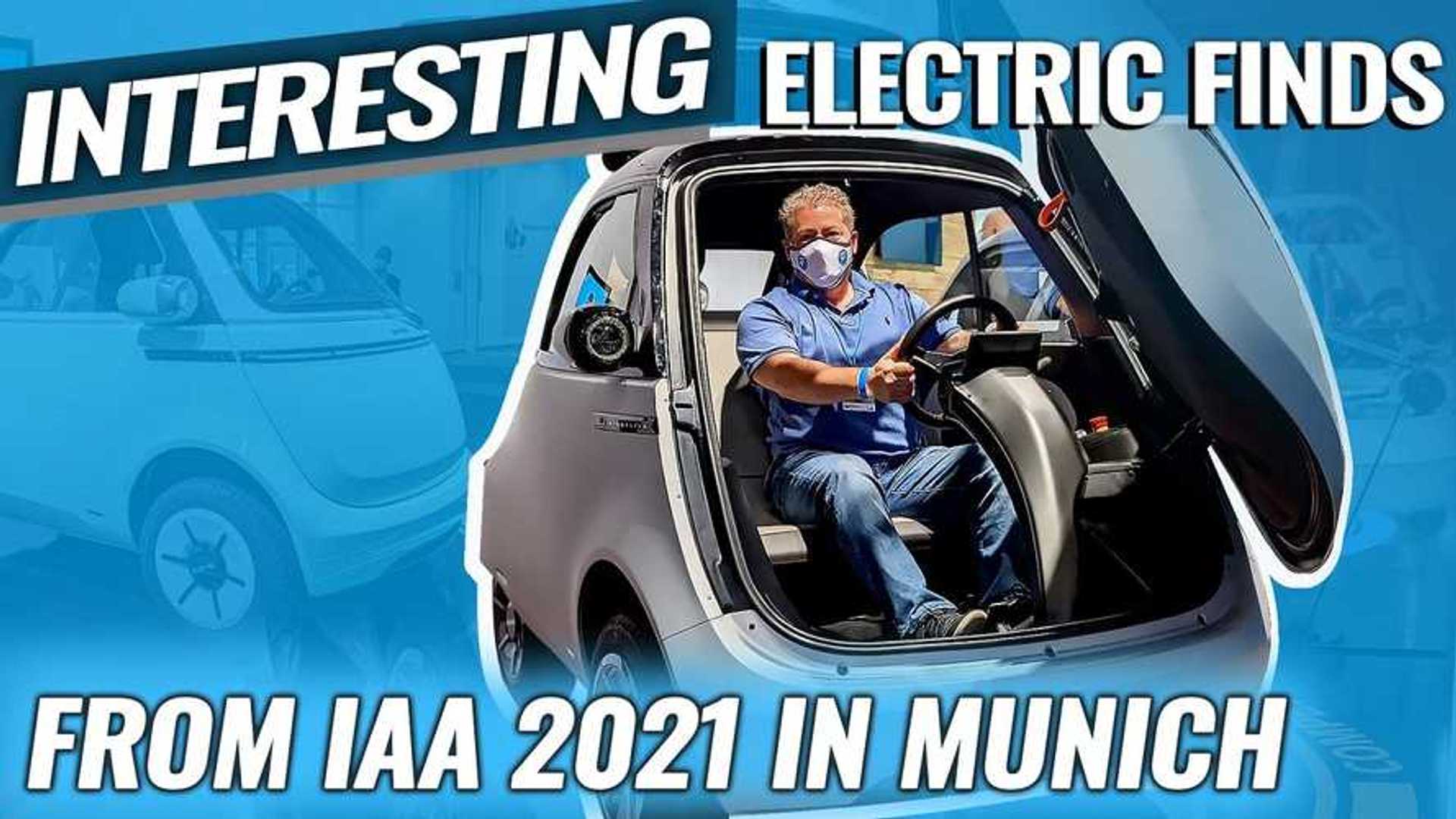 Europe’s largest car show, IAA Mobility, was held in Munich for the very first time this year. We were on site as guests of BMW for the first BMW iX and BMW i4 media events.

While most of the time was spent at BMW organized first-ride events and workshops, we had a few free hours to browse the show and took that time to research some of the less conventional upcoming electric offerings.

Our first stop was at the Adaptive City Mobility booth where they showcased the City One. The versatile all-electric city car is just 3.6 meters long.

The City One is ideally targeted for the taxi, car-sharing, tourism and logistics sectors more than for individual ownership, but which will also be offered. It has a modular design that allows the vehicle to be converted from a passenger car to a micro-van in two stages.

It comes with a 16kWh battery mounted under the floor, but it also has a runtime extension option. However, the range extender is not an ICE as you have probably guessed. It’s actually four 2.5 kWh battery modules that slide into the tailgate floor for an additional 10 kWh of energy.

If the Microlino doesn’t make you smile, check your pulse. How cool would it be to buzz silently around town, shop in one of them? However, I don’t really want to think about what might happen if a distracted driver in a Cadillac Escalade doesn’t see him and push me around.

Micro-Mobility calls the Microlino the ideal mix between motorcycle and car and also uses “This Is Not A Car” in its advertising – yet it has four wheels.

If you know something about historic cars, you can’t look at the Microlino and think of the BMW Isetta from the 50s and 60s. It’s almost an exact copy – at least stylistically, with modern touches. , sure.

Micro Mobility also presented its three-wheeled electric scooter, the Microletta at the IAA. The Microletta is a funky retro-looking scooter that will start at â‚¬ 4,900 (US $ 5,742) and has a maximum range of 100 km (62 miles). For more information on Microlino and Microletta, see the Micro-Mobility website.

InsideEVs contributor Andrei Nedelea was also at the IAA and produced his own video and Ora Cat article based on what he learned about the vehicle at the IAA.

We then checked out a tiny micro-car called the City Transformer. This vehicle transforms its width, but enlarges and narrows its wheelbase, allowing a stable ride as well as a reduced space requirement for parking.

We also made a quick stop at the Wey Motors exhibit, where they had a wild electric luxury concept the size of a limo, complete with a wine bottle refrigerator and wine glass rack. It was clearly one of those concept cars that manufacturers make to show what’s possible, not what’s practical, because this massive land-yacht will never actually be produced.

Considering we were in Munich with BMW’s pennies, we figured it would be fair to add a little coverage of BMW’s concept introductions at the IAA. Although some have called the BMW i Vision Circular the next-generation BMW i3, in reality it is BMW’s idea of â€‹â€‹what an electric compact car could be in 2040.

The bodywork of the BMW i Vision Circular is made from a blend of recycled aluminum and steel, while the kidney grille and side window trims are replaced with digital surfaces, and the entire vehicle is designed to be fully recycled at the end of its life.