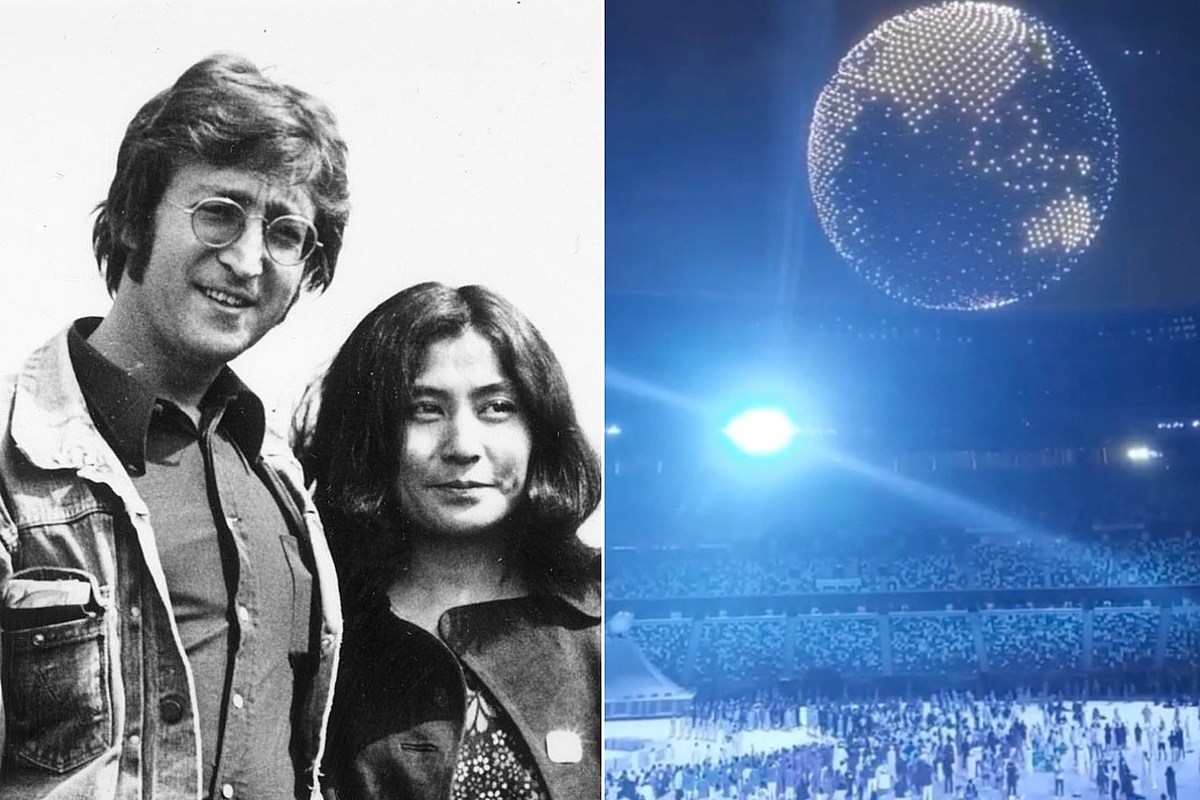 John Lennon received a star-studded tribute last night at the opening ceremony of the Olympic Games in Tokyo, with John Legend, Keith Urban and several other artists teaming up to perform his classic “Imagine”.

The Olympics opened in spectacular fashion on Friday after being previously postponed due to the coronavirus pandemic. After masked athletes entered the empty Olympic Stadium, 1,824 drones flew over the site, forming the symbol of the Tokyo Olympics and transforming into a rotating globe.

As the drones hovered over the stadium, Legend and Urban began performing “Imagine,” accompanied by Grammy-winning Spanish singer Alejandro Sanz, Beninese singer-songwriter and activist Angelique Kidjo and the Choir. children of Suginami.

You can see a snippet of the performance below.

The performance appears to have earned the approval of Yoko Ono, who retweeted several videos of the opening ceremony. In a tweet, she also discussed meeting and living with Lennon, as well as their shared beliefs that inspired â€œImagineâ€.

â€œJohn and I were both artists and we lived together, so we were inspired by each other,â€ Ono wrote. “The song ‘Imagine’ embodied what we believed together at the time. John and I met – he’s from the West and I’m from the East – and we’re still together.”

Released in October 1971, “Imagine” peaked at # 3 in the Billboard Hot 100 and became Lennon’s best-selling solo single, while his backing album topped the Billboard 200.

It is one of the most covered songs of all time and it has appeared in previous Olympic ceremonies. Stevie Wonder performed the song at the 1996 Summer Olympics in Atlanta in honor of the victims of the Centennial Olympic Park bombing, while the Liverpool Philharmonic Youth Choir and the Liverpool Signing Choir performed it at the Olympic Games in summer of 2012 in London.

Click to find out how they rank, as we count the top 100 classic rock artists.