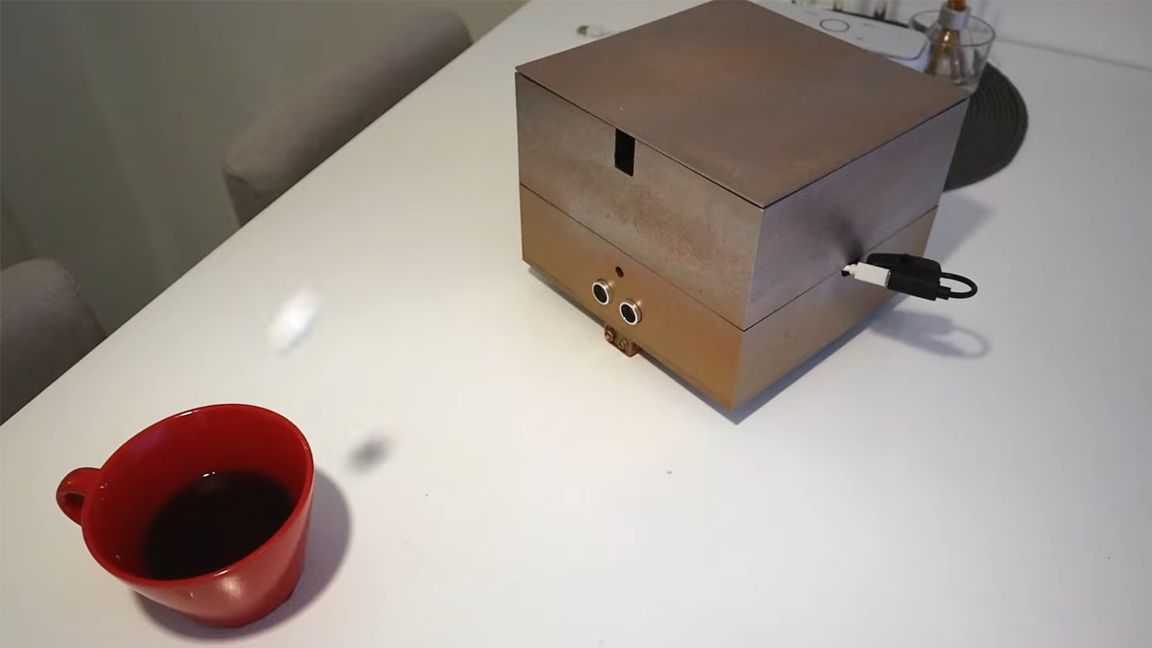 This totally adorable project is brought to us by a manufacturer known as Equals Engineering. Instead of just putting sugar in his cup, he chose to create a Raspberry pie-powered sugar serving robot do the work for him. However, this robot does not place the cube in a cup but rather launches it with a spring servo motor mechanism.

According to Equals Engineering, it’s built on a Raspberry Pi 4 that uses a camera to identify and target the cups. Besides sweetening your morning tea, it’s also programmed to do a victory dance after successful throws.

The Pi 4 and camera are mounted in a custom case with 3D printed components inside for mounting hardware. A distance sensor is included to help determine how far the cup is from the robot. DC motors are used to control a pair of wheels that position the robot in place for launch. To make the cubes take off, it relies on a personalized launch mechanism consisting of a spring and a servomotor.

We reached out to Equals Engineering for more details on the AI ​​used in the cup identification process. He confirmed that OpenCV is used to find the larger red object, in this case the cup used to throw cubes in, and draw a bounding box around it. This data is used to set a destination target for the wheels by triggering a signal through GPIO on the Pi to a relay connected to the wheel motors.

For a closer look at the project in action, check out the official Equals Engineering YouTube channel and be sure to follow it for more interesting creations.