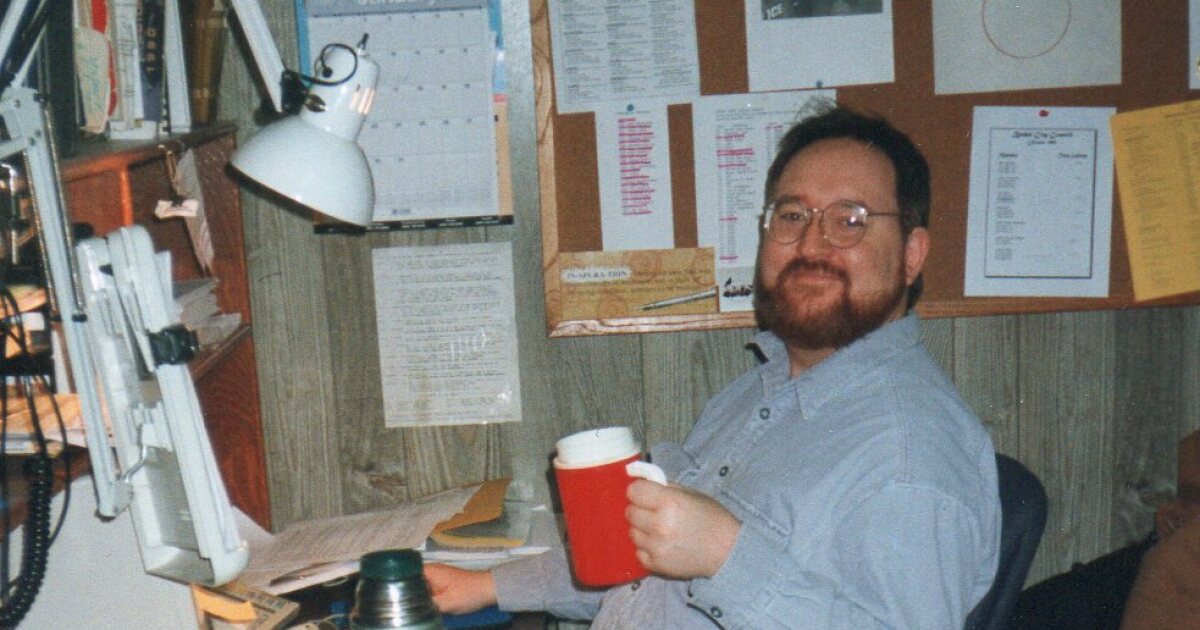 If you’ve ever turned on a radio in Alaska, chances are you’ve heard the unwaveringly upbeat voice of Jay Barrett.

This voice has played on local airwaves across Alaska, from Kodiak to Bethel to Kenai and most recently Homer.

His very first broadcasts were in his hometown of Dillingham, where he announced high school basketball games as a child.

He was then retired from the state through visual type art, earning a degree in photography from the Art Institute of Seattle in 1988. He began to pursue a career in commercial photography.

But, like so many others, he found his way back. His brother, Jean Barrett, from Dillingham, said Jay had always had a deep love for rural Alaskan communities.

Jay – known to his friends affectionately as JayBob – has found his home throughout rural Alaska, as a public radio and newspaper reporter for myriad outlets and the voice of a decade of reporting. on Alaska’s statewide fisheries.

But journalist Rhonda McBride said that, despite this breadth, he was focused on each community he worked in. And it showed in his storytelling.

“For me, there’s a signature Jay Barrett story,” McBride said.

McBride worked with Jay at KYUK in the 1990s. She said he had a knack for covering stories reporters usually shy away from — the kind of details about what makes a community tick.

“Jay always had the magic of taking stories like that and pulling us in,” she said. “And not just telling the story, but creating a sense of community with it. I mean, he was the quintessential small-town journalist — he loved it. He never wanted to work anywhere but in the Rural Alaska.”

At KYUK, she said Jay was known as the “red-haired native.” His mother was half-Yup’ik, from the Kuskokwim area. McBride said it was an important aspect of his job at the station.

“Jay was that really important bridge that showed you could be a solid journalist and do a great job, but also keep your culture,” McBride said. “And I think he really had an influence on his Yup’ik colleagues.

In all of his news gigs, Jay was a stubborn follower of the AP style. He was never shy about emailing any reporter – including this one – when there was an error or typo in their copy.

But radio listeners across the state were perhaps most impressed by Jay’s cheerful radio voice, with a bellowing laugh that brightened up any airwaves. He could read the yearbook, McBride said, and it would be fun.

Along with his statewide reporting came a statewide network of friends and colleagues.

Cheryl Nugent, one of Jay’s best friends and a DJ at KMXT-Kodiak, said they would celebrate their birthdays together every July, watching movies on the phone when their friendship turns into long distance.

“We stayed in touch by texting and sending silly stories and videos,” she said. “I just got one the day before yesterday, a really cute video with animals. And also we were watching movies together. He actually signed me up on one of his streaming channels so we could watch together some of our favorite actors, where we’d be on the phone and say, ‘OK, press play’ and then ‘OK, press pause.'”

Along with being part of Nugent’s family, Jay was also a mentor when she found her voice at KMXT.

Casey Kelly said that was also true for him. He remembers coming to Kodiak in 2006 to work on the fish report with very little radio experience under his belt. He said Jay took a chance on him.

“He was the first person I worked with in journalism who embodied the old saying – ‘Comfort the afflicted and afflict the comfortable,'” he said. “I still think about that saying because he said it all the time.”

And although Jay’s work remained largely in the realm of audio and print, he was a talented, award-winning photographer. Kasilof artist Zirrus VanDevere said his art is often featured in national and local exhibitions.

“Many of his plays chronicle life in Alaska, both succinctly and tenderly, and his poignant imagery, frequent fundraising donations, and in-depth interviews with artists portray a man passionately supportive of the arts,” VanDevere said.

Jay was a super fan of several bands. He loved sports, namely his Chicago Cubs. In Kodiak, he was part of a show called Jock of the Rock that ran for 10 years.

And he was a Trekkie and something of a tech wizard, serving as the de facto support for more than a few reporters across the state. Jean, his brother, also said he was an accomplished motorcyclist in his youth.

“He had a great sense of balance. And he was able to do a lot of things on the bike that surprised me,” he said. “And later in life he was talking about buying a bike and I was like, ‘Look, Dude. Your center of gravity has shifted. Don’t expect to be able to do the things you used to do.

Jay leaves behind a vast network of friends and listeners in all corners of Alaska. He is predeceased by his parents, Evelyn Johnson Barrett and Lawrence Frances Barrett. He is survived by his brother, Jean Barrett, of Dillingham, and several cousins ​​and extended family.

Cheryl Nugent said she will dedicate next week’s edition of her KMXT show, The Oldies Show, to Jay. She will accept song requests between 7–9 p.m. Friday, March 25 on KMXT.