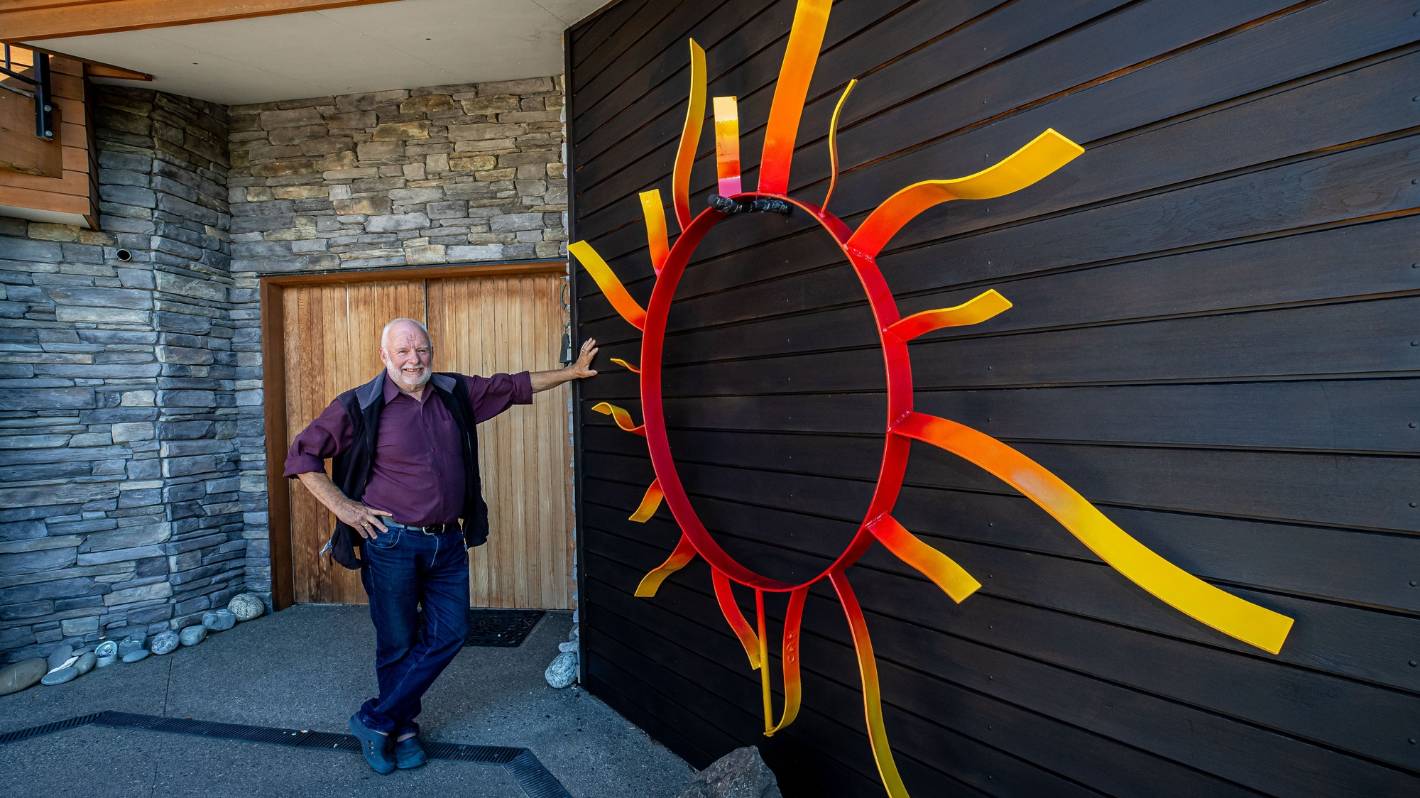 Sculpture of ‘Christchurch Banksy’ revealed as story behind mystery unravels

The story behind the appearance of a mysterious sculpture in a hillside park has been revealed.

Thing first reported the appearance of the mysterious sculpture atop Christchurch’s Mt Vernon Park in December 2019, with the park’s owner trust questioning who was responsible.

The mystery remained unsolved for three years. The sculptor, dubbed a second coming of secretive British artist Banksy, has not come forward, despite social media prompts from the public and trust.

Mt Pleasant resident Derek McCullough has now emerged as one of the men behind the mystery.

READ MORE:
* Monolith may be removed from the adventure park due to “fire risk”
* Extraterrestrials or artists? Mysterious metal monolith appears in Christchurch, the latest hotbed of the global phenomenon
* A guide to Aoraki National Park/Mt Cook: when to go, where to stay and what to do

The balcony of McCullough’s house directly overlooks Mount Vernon Park, as well as the city and the Southern Alps.

McCullough measured sunsets from the balcony over time as a hobby. From there he could also see a distinctive tree at Mt Vernon through binoculars, which it has become a family tradition to visit.

When the tree died he decided to create a solar sculpture to replace the tree with the help of his friend and artist Carl Rendle. They drilled it out of the same rock at Mt Vernon from which the tree once grew.

McCullough’s house on Mt Pleasant appeared directly in the middle of the sculpture seen from Mt Vernon.

The sculpture was a nod to the tree McCullough’s friends and family had visited for so long.

While they all knew why a solar sculpture appeared in Mt Vernon, the rest of the townspeople had no idea.

A social media post from the Mt Vernon Park Trust at the time asked the artist to come forward to “discuss the idea behind the design”.

However, about a month after Things first report in 2019 the sculpture is missing.

McCullough visited the site in January 2020 to find that someone had separated the base from the rock, detached it and removed it from the park.

It was heavy and would have required tools and more than one person to carry it.

A year passed until a friend of McCullough’s found the sculpture thrown into a dry pond near Mt Vernon. It had been covered in water for a year until the Canterbury drought dried up the pond, revealing the sculpture.

“It was just plain vandalism,” he said.

While the sculpture was still in the park, McCullough wrote anonymously to the Mt Vernon Park Trust, taking credit and explaining why it was there.

He offered to return it after it was found, but never heard back.

With the help of another friend, “Dave from Powdertech”, the sculpture was repainted in a red and yellow “hot rod” to cover the year’s worth of rust, and it is now on display at McCullough. His offer to return it to the park still stands.

“I wouldn’t mind knowing who took it,” he said.