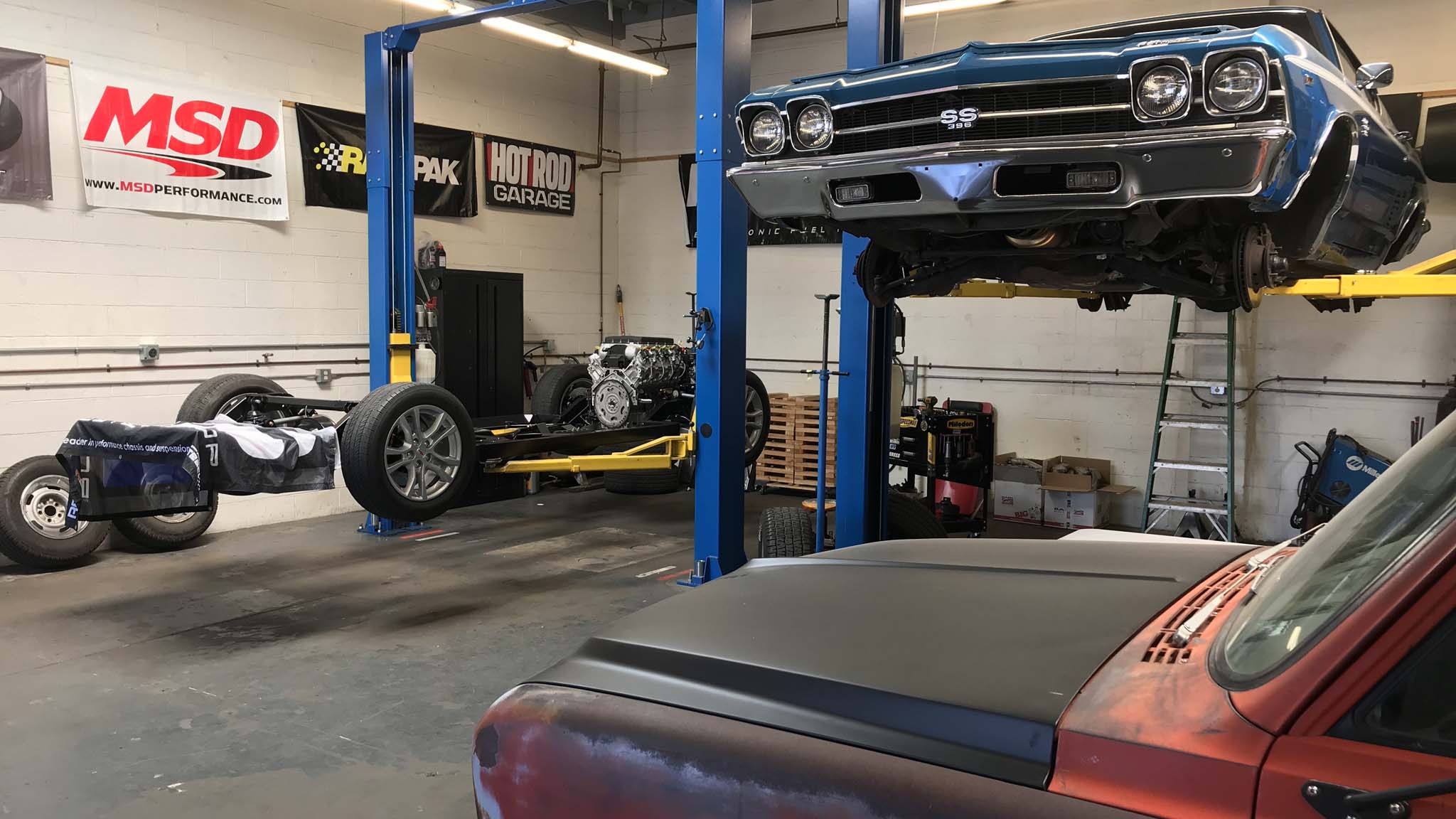 Since Lucky’s Shop is so close to your author’s humble abode, it’s always worth taking the time to stop by to see what the HOT ROD Garage co-host is up to. Currently in the store are a pair of A-bodies. The ’69 Chevelle is a genuine SS396 owned by a certain David, the son of the original owner. David was brought back from the hospital in this car, so there are a lot of incentives to keep him alive and with the family. A true survivor with less than 80,000 miles on the clock, David brought it to Lucky for a suspension refresh and brake upgrade. It’s cool, though, because he wants to keep the car looking the original appearance from the outside, so the only deviation from its outward appearance might have to be to ditch the original 14-inch wheels. inches for a similar set of 15 inches.

The engine had been recently refreshed and the owner had the car dropped off with a list of little things Lucky needs to fix. One of them was to replace the fuel line with something more stock. Lucky will also move the MSD ignition box inside the fender near the battery.

Still sporting his original four-speed Muncie, the owner reports difficulty shifting into reverse. Lucky pointed out the reverse locking and ignition column locking mechanism which is likely the culprit.

A spring and damper upgrade will come from Aldan American, and Lucky is working with Wilwood on a four-wheel disc brake conversion that will fit 15-inch wheels. New front control arms and an upgrade to the stabilizer bar come from Performance Online.

On his other lift is a Roadster Shop chassis that Lucky is preparing to install under David’s second Chevelle; this one is a ’66. David first contacted Lucky for advice on building a serious artist similar to Lucky’s own ’66 which he calls the ChevHell. Lucky informed David that, given all the work he was planning, the most cost effective way would be to replace the frame with an aftermarket one. Roadster Shop has been given the green light.

David wanted serious horsepower for this build, but also everyday operator reliability, so he opted for an LT4 boxed engine and an accompanying Tremec T56 Magnum six-speed transmission. The supercharged, direct-injected LT4 develops 650 horsepower and 650 lb-ft of torque.

The chassis arrived in roll, but without any brake. Under David’s guidance, Lucky contacted Baer Brakes for a full line of 14-inch rotors and six-piston calipers, front and rear. It might be overkill, but they certainly look awesome.

To keep the chassis movable while carrying his gigantic brake rotors, David bought a set of 18-inch take-off wheels which we guess came from a new Camaro.

Lucky’s personal C10 67, the Shop Truck, has recently undergone a substantial change. Previously powered by a 5.7-liter LS (built from a 5.3L) with a single turbocharger, Lucky replaced that boring engine with a supercharged 5.3 that should be good for almost 1,000bhp at the crank. Stay tuned for more updates from Lucky’s store and check out his YouTube channel, Lucky’s Garage Show, for new updates several times a week.