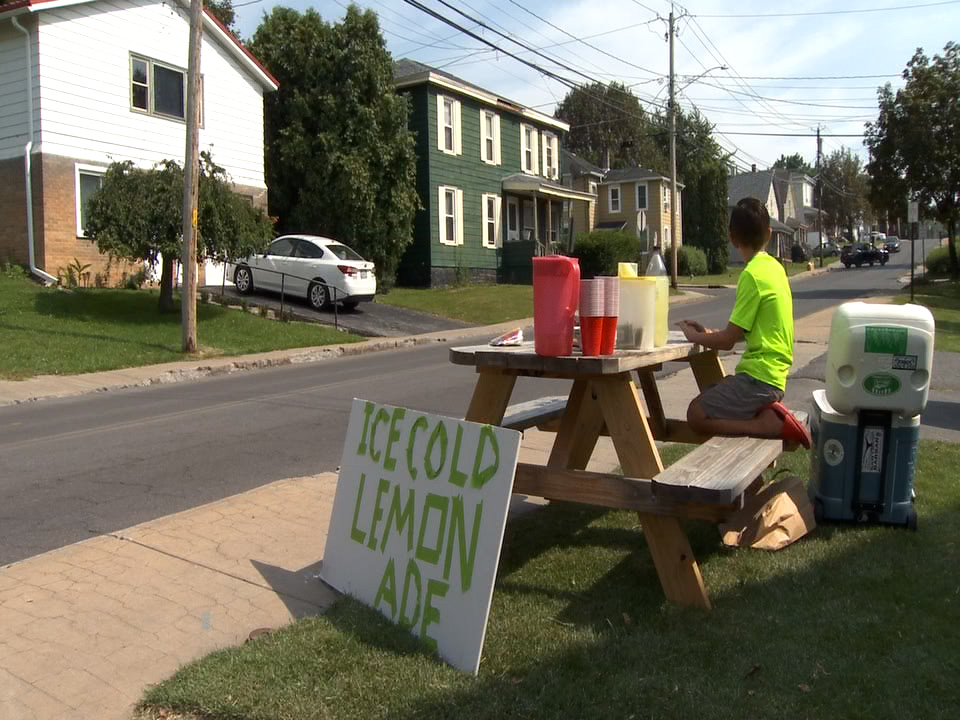 SOLVAY, NY (WSYR-TV) – Solvay Police have arrested a man after he allegedly rode a motorcycle through an 11-year-old’s roadside lemonade stand.

Officers were called to the Cogswell Avenue area on Thursday where they found 11-year-old Nico Miller crying outside a demolished lemonade stand he had been running for a few weeks.

â€œ(Nico) was doing what every child does at some point in their life during the summer. He had his stand up and running and people would come and get lemonade and then an adult walks in and victimizes him. We were very appalled by this, â€Solvay Police Chief Derek Osbeck said.

Officers arrested James “Robbie” Anderson, 38, of Solvay on Thursday afternoon. He faces more than a dozen charges, including reckless driving, endangering the well-being of a child, criminal mischief and aggravated use of an unlicensed vehicle.

Osbeck believes Anderson intentionally entered the pit after an argument with Miller.

Anderson was released on an appearance ticket.

Friday afternoon, Chief Osbeck and two Solvay police officers wanted to surprise Nico with a donation. Officers from the department as well as the Solvay Police Charity Association donated money to Nico to maintain the stand.

A look back at today’s automotive history: what happened to Rain Dance wax?