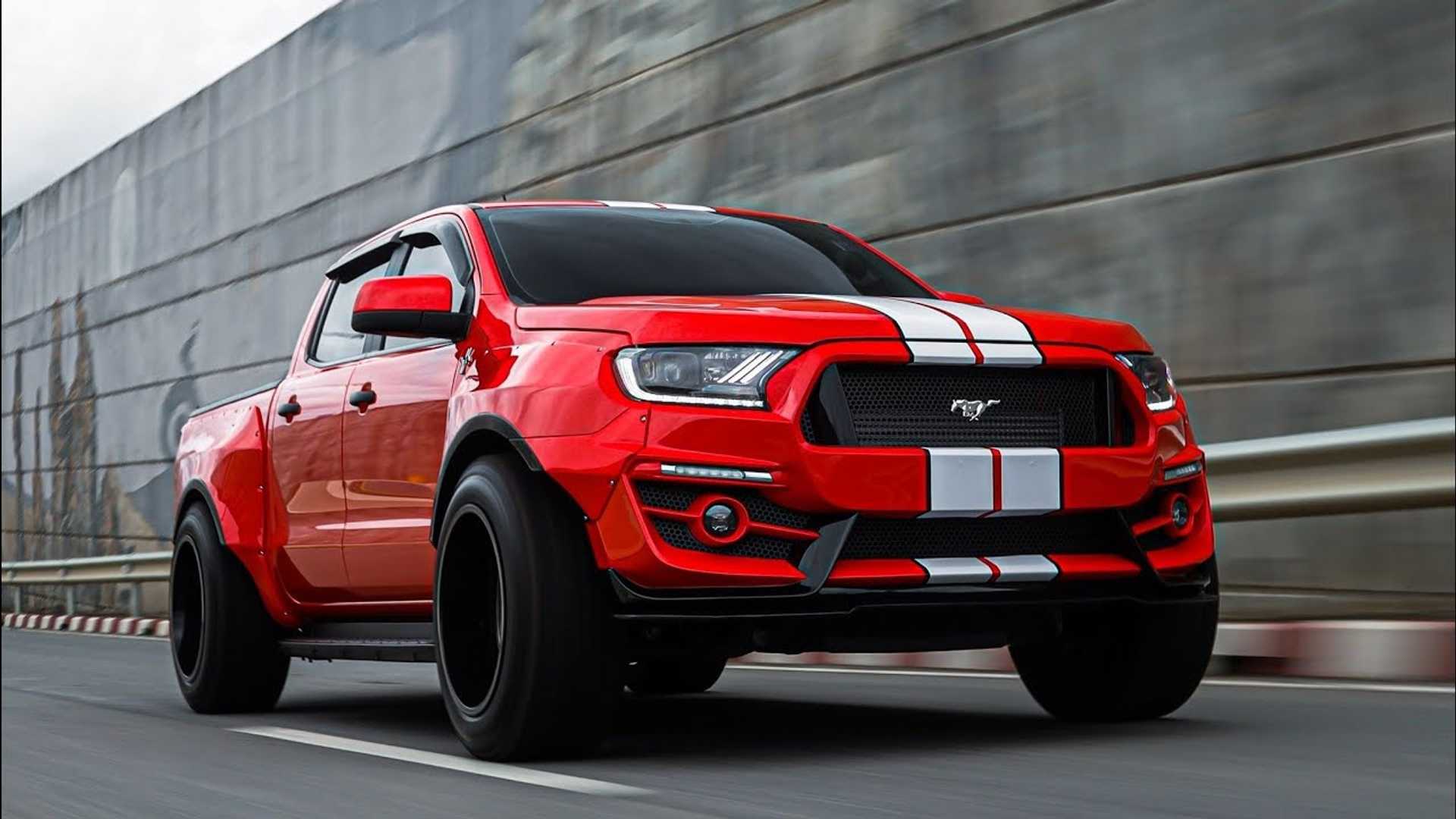 Ford is putting the finishing touches on the next generation Ranger and Mustang, the former debuting on November 24 and the latter likely next year. Before heading into a well-deserved retirement, the T6 and S550 as they are known to Blue Oval aficionados were inexplicably (but dare to say brilliantly) combined to create a wild truck with the front fairing of a pony car.

Thailand-based spare parts store is aptly called “What Ford” and is the author of a surprising (although rather incestuous) merger between two models that could not be different. Custom construction is based on the outgoing Ranger with domed fender flares, matte black taillights, Force Off-Road black wheels wrapped in all-terrain rubber, and what appears to be an air suspension upgrade.

The party piece is without a shadow of a doubt the peculiar face transplant with the pony logo mounted in the front and center. It has a similar design and grille shape to the sports coupe, along with familiar side air intakes. While the shape of the headlights remained intact, What Ford modified their innards to add three LED daytime running light strips to mirror the headlight assembly found in the ‘Stang. The tuner also added a second strip of lights in the bumper to drive the point home.

To complement efforts to strengthen the Mustang connection, the pony badges on the front fenders along with the double white stripes resemble a Shelby version of the world’s most popular sports car for the sixth consecutive year. The â€œMustanger,â€ as we’ve christened it, certainly looks like the part, but this video could have been better given that some of the running footage shows the craft with the hood unlocked.