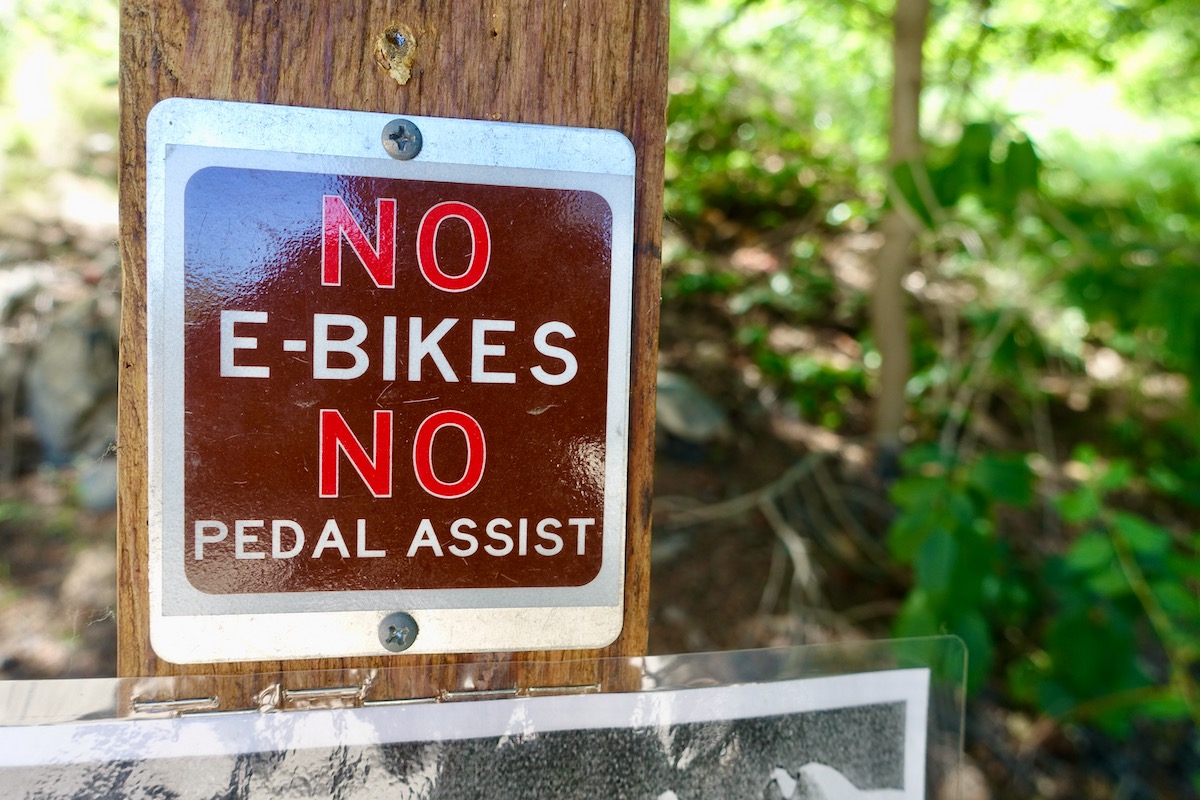 The Forest Service’s new e-bike rule is clear: wait and see what happens

From the outset, there was confusion surrounding the US Forest Service (USFS) decision on e-bikes this spring. It didn’t help that the agency issued the directive on March 31. Singletracks caught wind of the news soon after and posted the news on April 1, stating in the comments that it was actually do not an April Fool’s Day prank to the dismay of many commentators.

Later, a USFS spokesperson clarified that “after performing the appropriate environmental analysis and public engagement, a local unit may choose to allow e-bikes on additional trails without allowing any other motor vehicles. For example, permitted activities on a trail might include traditional bicycles and electric bicycles, but not ATVs or other motorized vehicles.

Still, there were still quite a few questions about the ambiguous directive and the scant press release, so we posed a few additional questions to USFS headquarters in Washington, as well as to the IMBA who had analyzed the decision in order to to be able to give clearer orientations to their sub-chapters.

As mentioned above, the USFS ruling states that a non-motorized trail that provides e-bike access would be reclassified as motorized, even though e-bikes are the only motorized mode of transportation it allows. There is no denying that e-bikes have a motor even though they operate differently than a mountain bike or dirt bike. The Bureau of Land Management (BLM) has also classified e-bikes as motorized, although they are not necessarily considered all-terrain vehicles. The USFS recognizes that the impacts are also different. Allowing e-bikes on certain trails will vary on a case-by-case basis.

“The impacts of motorized use vary depending on the category of vehicle,” explained Suzanne Flory, press officer at the agency. “Current studies indicate that the natural resource impacts of Class 1 e-bikes are similar to those of mountain bikes. Local decision makers will consider the impacts of e-bikes in the impact analysis and seek public input before designating e-bike use on trails.

Flory added that the agency takes into account the increase in the number of electric bicycle users.

“Like hiking, backpacking and horseback riding, e-biking is one of many recreational activities provided in national forests and grasslands,” Flory said. “Local units are encouraged to seek opportunities to expand access to this group of emerging users. Local units will use the best available science, public comment, usage trends and other information when considering opportunities to expand access.

An appropriate process (presumably) in place

Many praise the USFS decision because it finally provides a clearer process for granting access to e-bikes. On the other hand, the process may not move as quickly as some had hoped.

“Overall, this creates a process to increase access to eMTBs where there was none before,” IMBA’s Todd Keller told us. “However, given the required changes in trail designation, the question remains open whether the USFS will grant eMTB access at a rapid rate.”

The USFS said Singletracks the new guidelines “clarify land managers on the process required to meet user needs and ensure resource sustainability. E-bikes may only be permitted on additional trails after completing the required environmental scan and public engagement.

This process involves determining or involving the surrounding public if e-bikes are suitable for those particular trails. Maybe there are some hikers, riders, or mountain bikers who don’t believe e-bikes are suitable for non-motorized trails, or maybe some think e-bikes enhance their enjoyment of the forest service district local. Public comments are part of the NEPA (National Environmental Policy Act) process, as are feasibility studies for the area, as well as environmental analysis.

While NEPAs are important, the IMBA writes, the standard process will slow decision-making about e-bikes, and official eMTB designations will likely take years to implement. The IMBA supports the general reform of NEPA and the accelerated measures for access to eMTB.

While many wanted the decision to provide answers for How? ‘Or’ What and when e-bikes will have access in USFS districts across the country, this more or less shows how they can be granted access into the districts through a certain process. We will have to wait and see what variables are considered in the process before access is or is not granted.

In the IMBA summary, they note how funding could hit a wall on some projects. For example, the Recreational Trails Program splits funding equally between non-motorized and motorized use. Both are awarded 30% of what is available, and Diverse Trails, which allows for both, get 40% of RTP funding, although the IMBA notes that it is more difficult to use diversified funding than to use motorized or non-motorized.

“Any non-motorized BLM trail that allows eMTBs will be disqualified from funding, and the USFS creates its own conflict by potentially reclassifying ‘non-motorized’ to ‘limited motorized,'” writes IMBA’ Eleanor Blick. “These trail classifications could also impact state funding opportunities, as well as create confusion in state vehicle registrations.”

The IMBA mentions that agency staff shortages and budget shortages could play a role in slowing decision-making, much like the NEPA process.

When it comes to trail conflicts, that’s another difficult issue to predict. Greg Williams, executive director of Sierra Buttes Trail Stewardship, says using the eMTB hasn’t been a problem for them after seeing the green light on the East Zone connectivity project. The plan opened Class 1 e-bikers access to 35 miles of existing non-motorized trails in the Tahoe National Forest last spring.

“There have been no reports,” Williams said, despite many e-bikers taking advantage of the access. “The usage is already there, so why not create opportunities where everyone can get along, and Tahoe has done that. The trails they redesignated were perfect for e-bikes. They weren’t in high density areas and they were all trails made specifically for bikes already.

Williams also noted that not all of the trails they reviewed for e-bike access were approved. Factors that would prevent e-bike access include already heavily trafficked trails or trails with poor sightlines.

He is optimistic that allowing Class 1 e-bikes will also open up more possibilities for stewardship. If e-bikers do not have access to trails, they have no valid reason to contribute to maintenance days. If they do, there are potentially more people to grab a shovel and participate.

“There are a lot of trails that are quite remote or isolated, and in our case, they might not even be maintained because no one is using them,” Williams said. So far, he appreciates the nature of the USFS decision.

“But if we can start to market Class 1 e-bikes and use them, then we have a whole other group of volunteers to help keep those trails open,” Williams said. “I think every [trail] It’s kind of a unique situation whether it should be open or not, but having the ability to look at each trail and decide on a forest level, not just a general policy, is a good decision .