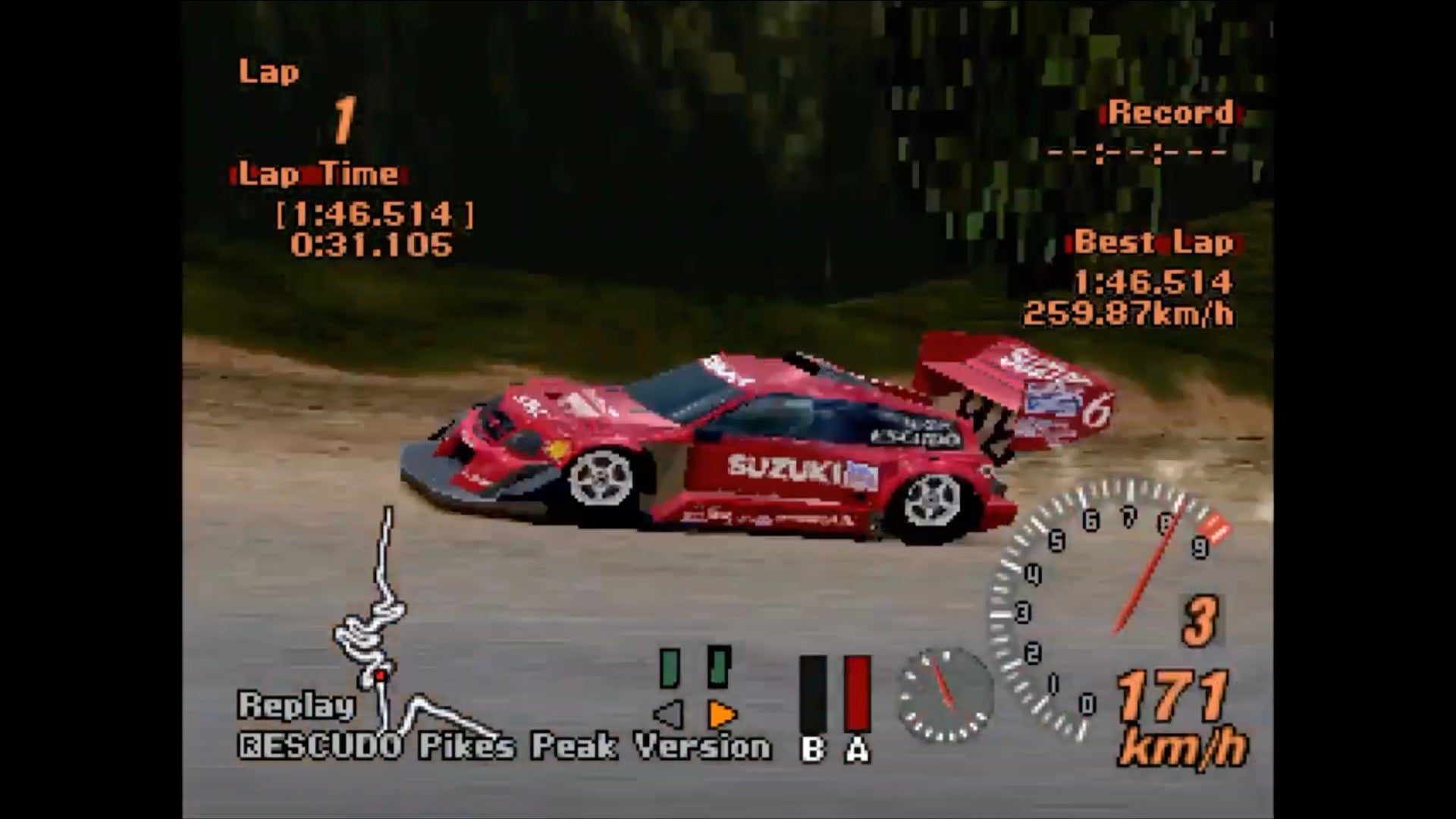 A new update is coming to “Gran Turismo 7” this week and comes with the return of what might just be the franchise’s most iconic machine: the Suzuki Escudo Pikes Peak.

Of course, casual gamers can choose one of the many Nissan Skyline GT-Rs or Mazda Miatas or even the Castrol Tom’s Supra as the most quintessential “Gran Turismo” car, but the truly enterprising gamers who have played these games at the time will probably point towards the Pikes Peak escudo. First appearing in 1999’s “Gran Turismo 2” with a twin-turbo V6, it was a 1,000 horsepower hill-climb rally car designed for Japanese racing driver Nobuhiro “Monster” Tajima for, as the name suggests, conquer Pikes Peak. In-game, however, it was essentially a cheat code on wheels, capable of easily beating anything on anything with ease.

According to the Gran Turismo Wiki, it hit 60 mph in two seconds flat and had a top speed of 255 mph.

The car returned with a significantly less capable V8 in the next four main “GT” games as well as the PSP version – it was simply a standard quality car in “GT5” and “GT6” with PS2 level graphics and a blank interior – but completely ignored “GT Sport”. Its 4K PS5 quality return in “GT7” will then be the first time players will see this car rendered in modern and appropriate fidelity.

‘GT’ creator Kazunori Yamauchi tweeted a teaser for three new cars coming to the game on Sunday. According to avid ‘Gran Turismo’ fans on GTPlanet, the top car is the Escudo while the bottom left car is apparently another Suzuki. Specifically, a Gr.3 racing version of the Suzuki Vision Gran Turismo introduced in the previous “GT7” update, a modern Hayabusa-powered interpretation of the company’s Cappuccino Kei car. Yes, it’s as awesome as it sounds.

The third and final car, however, remains a bit of a mystery despite appearing to be some sort of classic American hot rod. In any case, we won’t have to wait very long to find out what it’s all about since the game update is scheduled for this week.

Do you have a tip or a question for the author about “GT7”? You can reach him here: chris.tsui@thedrive.com