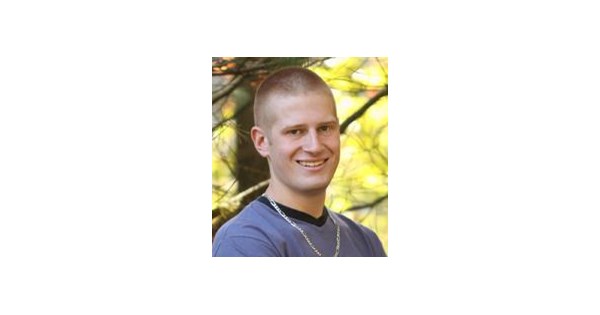 Timothy Conrad Salomaa, 27, died suddenly on December 3, 2021 at Hoag Hospital in Newport Beach, Calif., with his family by his side. Timothy was born in Newton, MA on January 23, 1994, the eldest son of Joanne and William. Tim was a very optimistic and positive young man. He graduated from Chelmsford High School in 2012. He then moved to Maine with Samantha Chapman where his daughter Brayleigh was born in 2014. Tim was thrilled to be a dad and loved spending time with Brayleigh. Tim moved to Florida in 2018 with Samantha Pierce-Stefanczak where together they settled and Tim worked as an auto mechanic. When their son, Conrad, was born in 2019, they were thrilled and considered buying a house together and starting college. After Samantha’s unexpected death, Tim moved to California. In California, Tim worked hard to rebuild his life. He started a new chapter with the support and love of Gabrielle (Gabby) Domenech as they contemplated their future together. Tim adored their cat, Miss Kitty. Employed by Savers, Tim’s supervisors saw potential and offered him a path to management. Tim loved anything with a motor and liked cars, dirt bikes, boats and snowmobiles. One of his favorite hobbies was working on his cars which were his pride and joy. His passion was boating and he loved the ocean. As a teenager, he took two lobster traps in the back of an inflatable boat to drop them off at Sandwich beach. Everyone could feel their excitement when they could drop the pots and fish in deeper waters from the family’s Grady White motorboat. Tim offered to help anyone, take them or just be there to listen. This sometimes put his friend’s needs above his own, but his compassion for others was strong. Tim enjoyed playing electric guitar for his family and friends. Tim was an avid snowboarder and enjoyed working at Nashoba Ski Area as a videographer for Adult Racing for many years. His uncles, Peter and Keith, bought him a dirt bike when he was young. Trail riding, and later riding his Honda CRF250R at Epping Racecourse were favorite pursuits. Tim was an avid reader of aviation books and magazines and loved flight simulators and dreamed of becoming a licensed pilot. Timothy is survived by his fiancée, Gabrielle Domenech of Costa Mesa, CA and family, parents; William and Joanne (Fagan) Salomaa of Chelmsford, MA, his sister, Elizabeth Salomaa of Sarasota, FL and his brother, David Salomaa of Chelmsford, MA are heartbroken. Timothy leaves behind his son, Conrad Salomaa, and his family. He also leaves behind his daughter, Brayleigh, and Brayleigh’s mother, his estranged wife, Samantha Chapman, and her family. He will be missed by his grandmother, Vivian (Plimpton) Salomaa of Medfield, MA, his uncles, Peter Fagan of Chelmsford, MA and Kevin Fagan of Centreville, VA, his aunts, Gayle Salomaa of Littleton, MA and Leanne (Salomaa) Floyd of Brentwood, NH, and all of their families. Tim also leaves many friends from New England to Florida to Southern California.

Timothy was predeceased by Conrad’s mother, Samantha Pierce-Stefanczak (1997-2019), his grandparents; George (1925-2021) and Beatrice (Everatt) (1932-2005) Fagan, his grandfather, Risto Salomaa (1933-2021) and his uncles, Keith Fagan (1969-2013) and David Fagan (1955-1977). Tim’s family is proud of his accomplishments. Tim was deeply loved by his family and friends and although Tim’s bright future came to an abrupt end, his memory will live on in our hearts. Visiting hours will be Saturday, March 12, 2022 from 9 a.m. to 10:30 a.m. at BLAKE CHELMSFORD FUNERAL HOME, 24 Worthen Street, CHELMSFORD. A funeral service will follow at 10:30 a.m. at the funeral home. Interment will follow at Pine Ridge Cemetery, CHELMSFORD. In lieu of flowers, contributions may be made in Timothy’s memory to the Lowell Humane Society at mspca.org or the Costa Mesa (CA) Humane Society at ochhumanesociety.com. Funeral Directors Paul A. Hardy, Jr. & Jennifer Hardy. For directions and online guestbook, visit CHELMSFORDFUNERALHOME.COM and find us on Facebook.

How a bicycle could help someone living with a disability