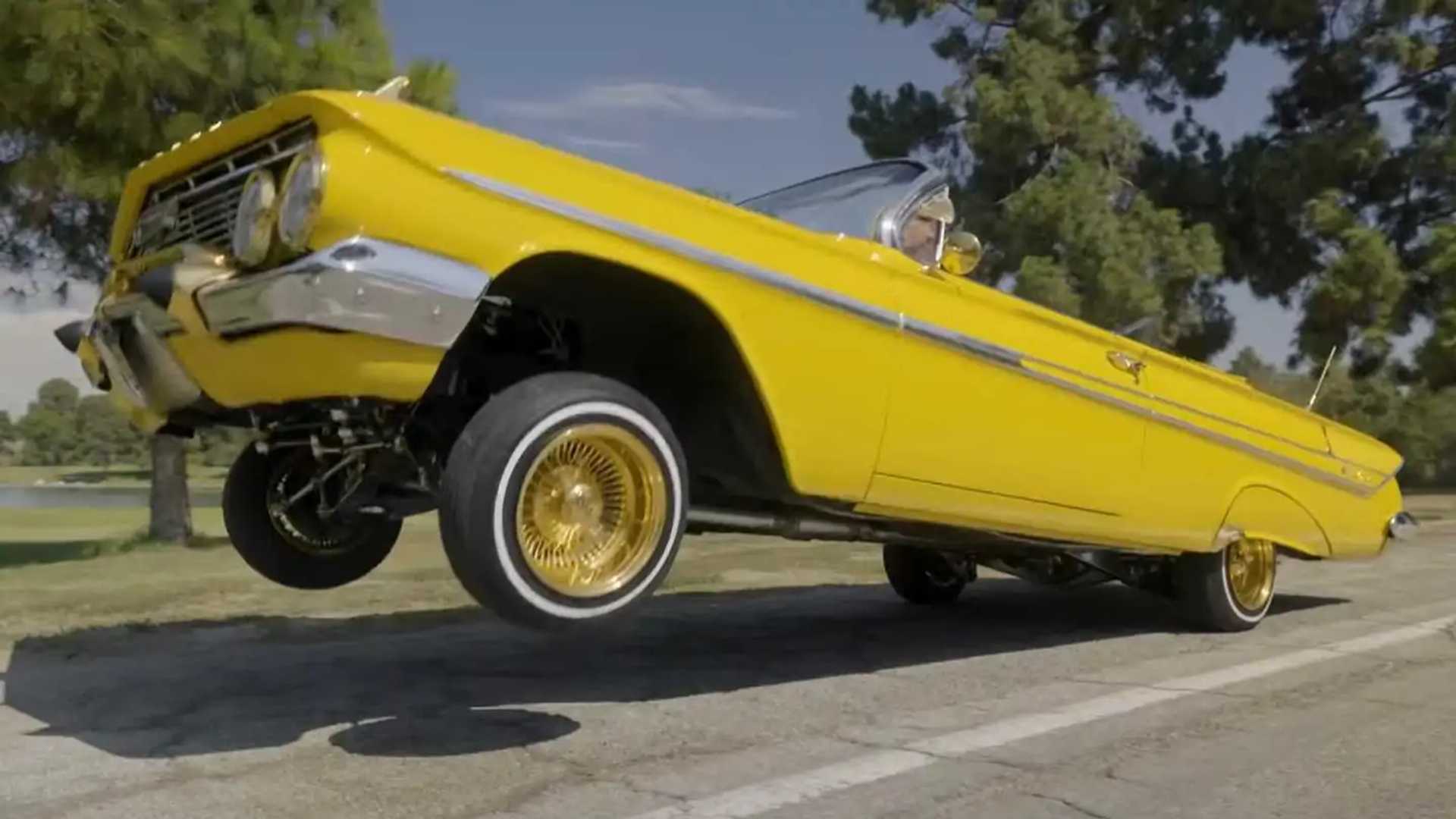 A 1961 Chevrolet Impala featured in Tupac’s “To Live & Die In LA” has a new lease on life with a new owner who has turned the yellow convertible into a true lowrider. A new YouTube video from Barcroft Cars highlights the restored car and all the changes the owner has made to the classic.

Lloyd found the car for sale two years ago, and he must have had it, but ran into trouble soon after getting it dropped off. On the Impala’s first cruise, the engine seized up and the transmission died. It’s a terrible double blow. Lloyd would eventually replace the powertrain, upgrading it from an anemic 238 cubic inch V8 to a 350-CI unit. He paired it with a 350 Turbo drivetrain, but that was just the start of the changes he was going to make.

The Impala in Tupac’s music video is not a true lowrider. This was done with a bit of Movie Magic – sandbags. However, Lloyd rectified this by installing hydraulic suspension to make it a true lowrider. The entire setup lives in the trunk, allowing the two-door critter to bounce through the air with ease.

But the most striking detail of the car is its presence. It wears a bright yellow exterior tint with a yellow top. Gold exterior accents and purple lighting are a small tribute to the hometown basketball team – the LA Lakers. The car even has 13-inch custom gold Dayton wheels that have the logo in yellow letters instead of the company’s traditional red.

Inside, the Chevrolet has a custom console, gold steering wheel, purple cabin and trunk lighting, and other gold accents that keep the LA Lakers theme alive. Lloyd didn’t want an average car, and he achieved it with this Impala rad, to which such an iconic celebrity as Tupac is linked. However, Lloyd’s story should be a reminder to drive a new car before you buy it, unless you really, really want to.